We made a pixel-art action-adventure game 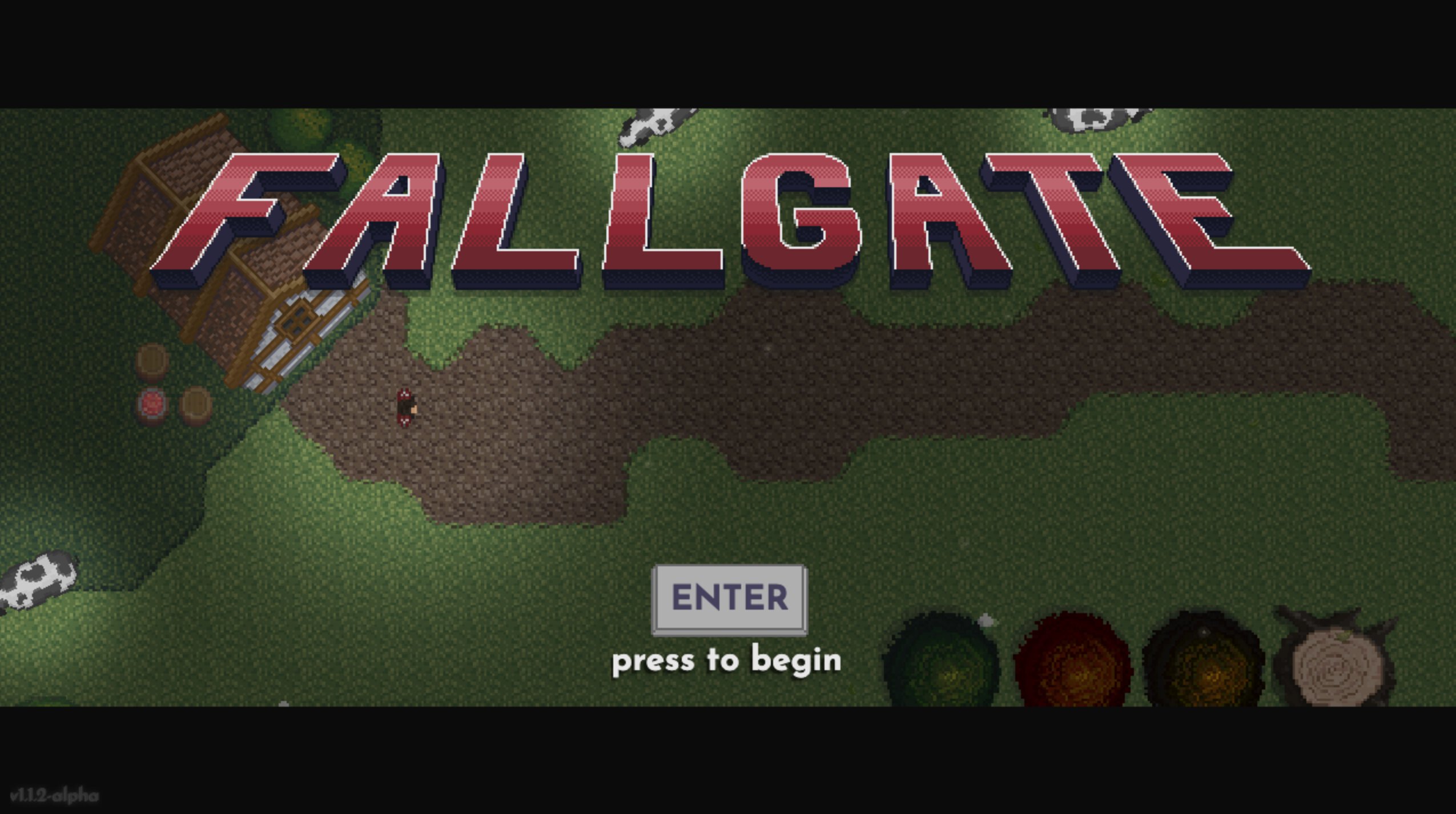 Fallgate is a game my friend Cooper and I made as a hobby project. It is a pixel-art action-adventure game about questing through a forest, vanquishing blops and eating doughnuts.

We co-designed the game and the levels. Cooper did the art and animations, and I did the programming, sounds, and music.

You can play the game online for free. Not even ads! 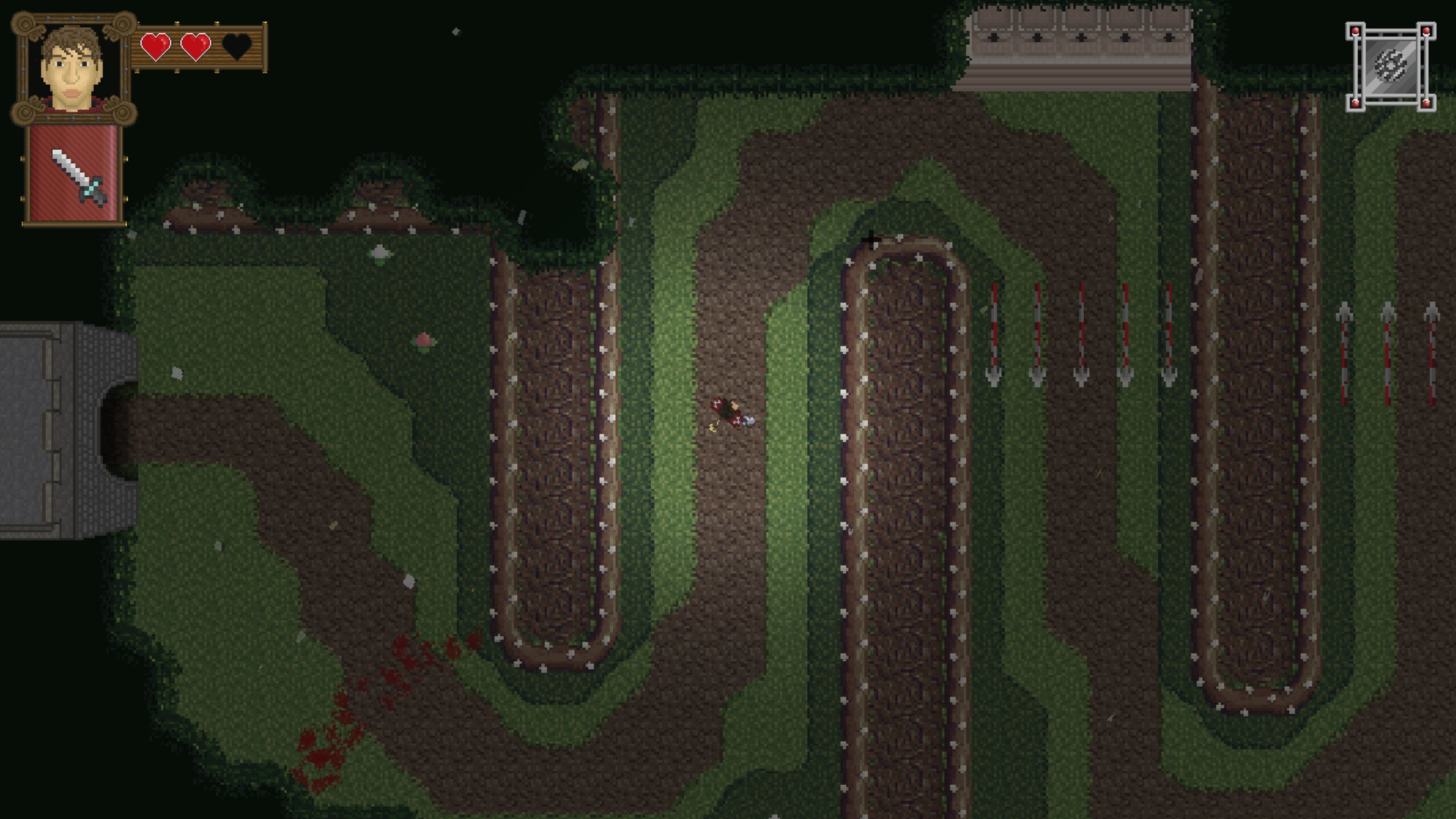 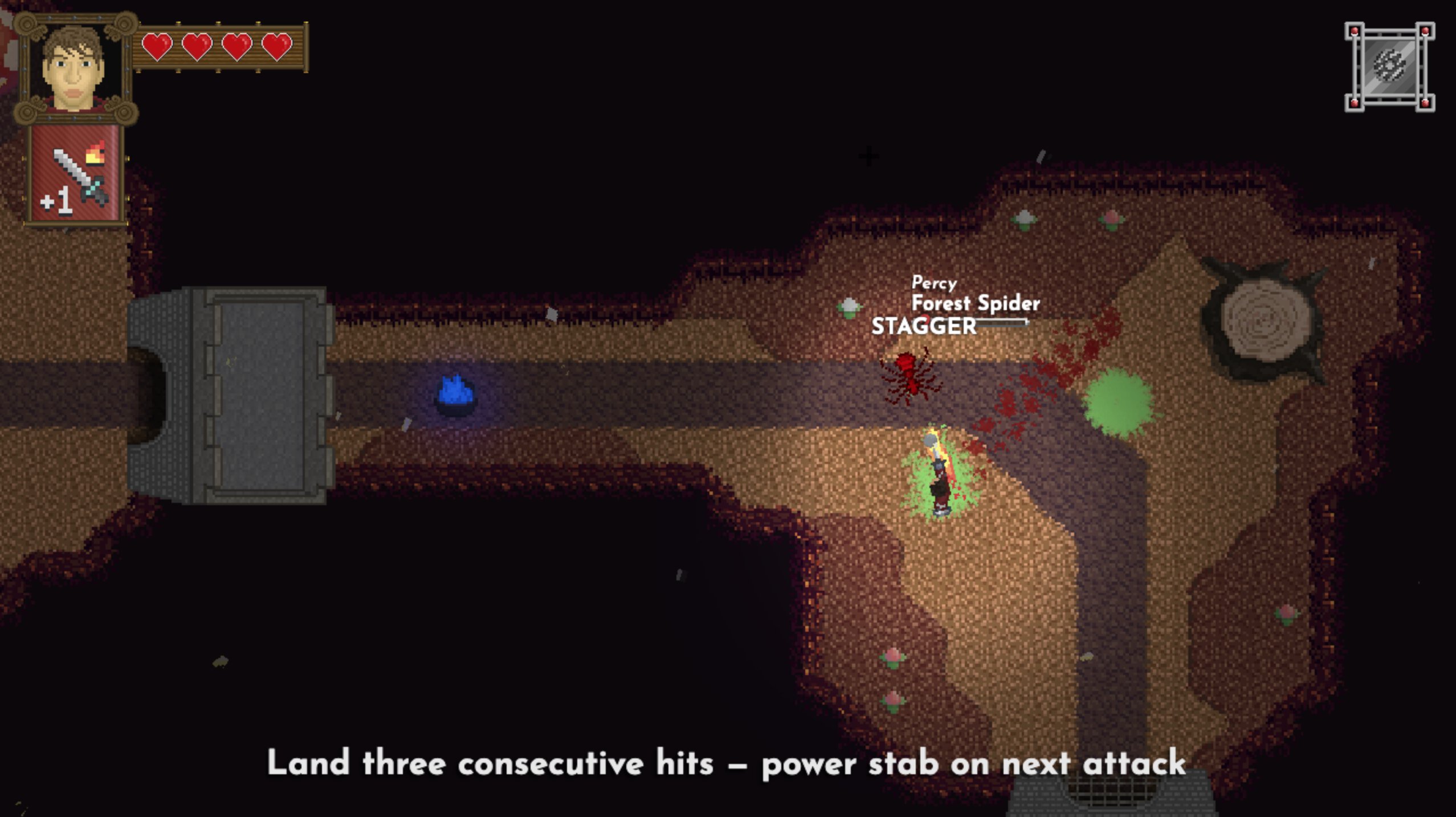 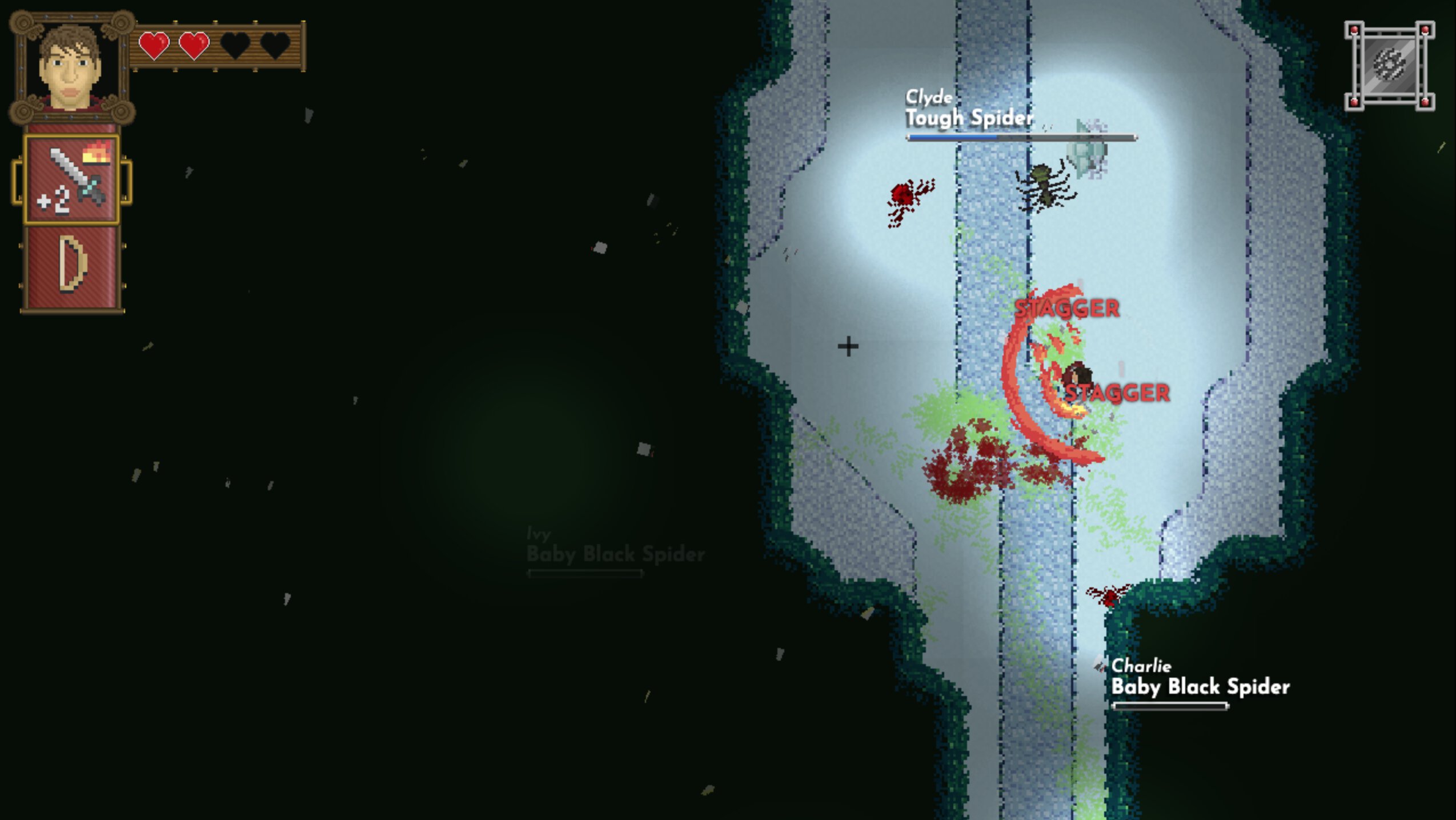 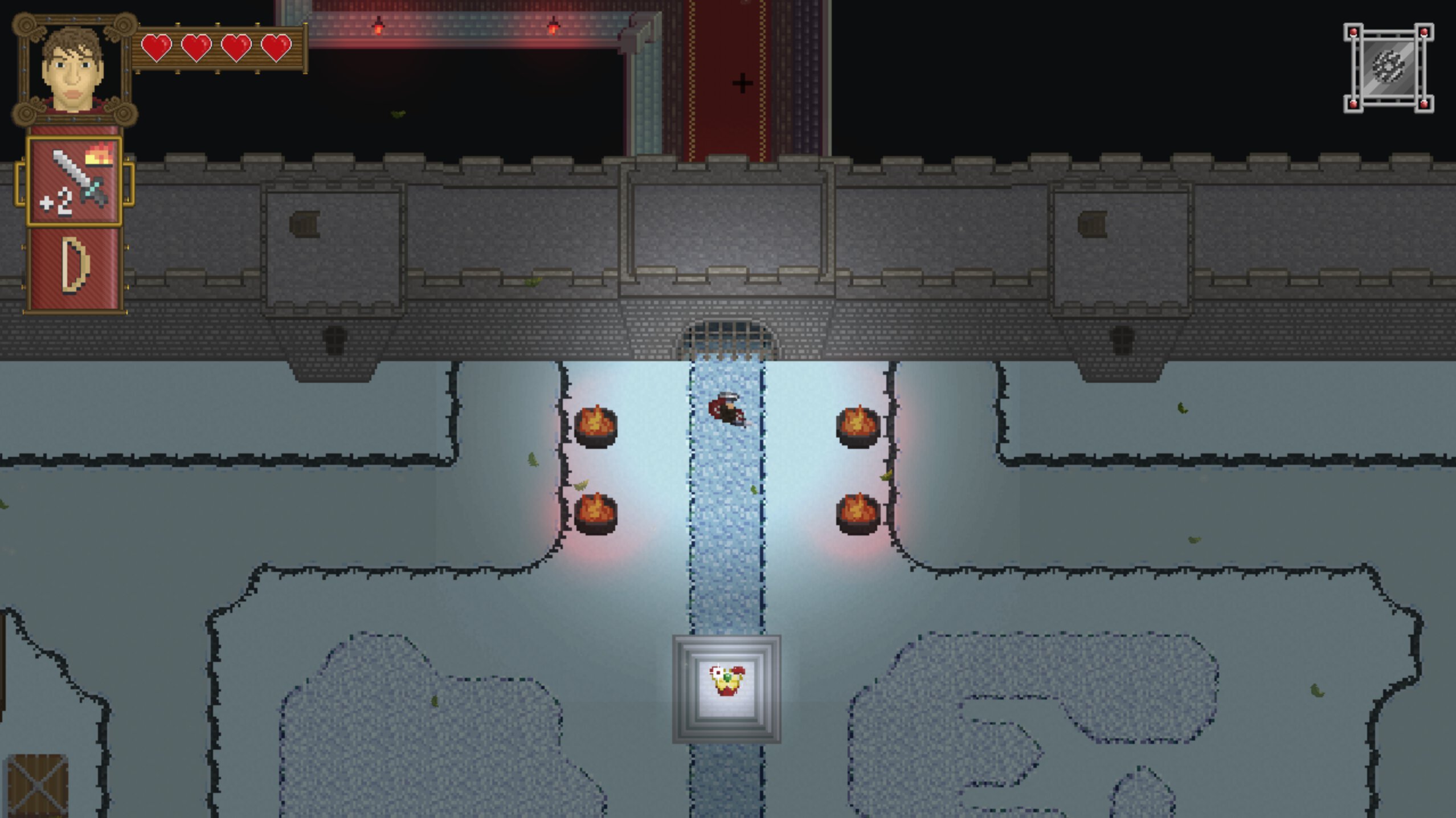 Here are two of the tracks I composed for Fallgate. The rest can be found in the game!

What a ride! Fallgate was the first game Cooper and I saw to completion. Both of us work other jobs full-time, so we built it during evenings and weekends. It took us two years.

A Hobby from Scratch

Permalink to “A Hobby from Scratch” #

We made almost everything in Fallgate from scratch, including all of the pixel art and the game engine. This of course meant we traded development speed for having complete control over minutiae, and it naturally limited the scope of what we could build. But way more interestingly, we got to learn how all kinds of things in games tick by crafting the features ourselves.

Permalink to “Baking a Cake” #

Reinventing the wheel in this case was more like baking a layer cake where you don’t know how many layers there are, what they’re made of, or really how to bake a cake at all. But you’ve eaten professionally made cakes before and they tasted pretty good. There are many surprises. For example, the first step is figuring out that you need an oven.[1]

This analogy may sound dramatic, but we were routinely shocked not only by how complicated it is to make even a small, simple game like ours, but by how bad we were at even estimating this difficulty!

I’m excited to write more about making Fallgate. But it’s too much for this post alone. Let me instead give you a taste of some topics I’d like to delve into in the future:

Fallgate isn’t perfect. And several times, we ruthlessly gutted our project vision just to finish. But it was so much fun to make that I’m already itching to tell you more about it.

Thanks to Cooper Smith for reading drafts of this. (And making the game with me!)