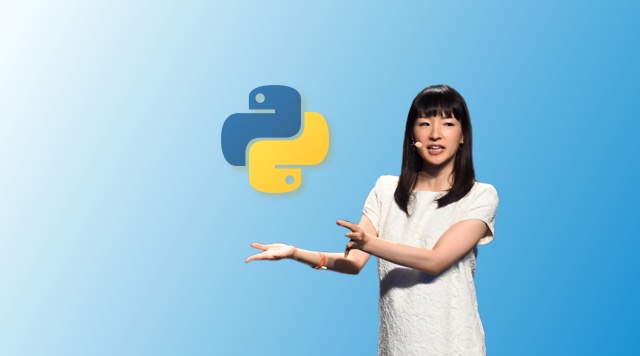 I’ve been writing Python for about eight years.

When you come from Java, Python is magic. You can get so much done in so little code.

I think I was too confused as an undergrad to really appreciate Python.[1] But at some point, I looked back at Java and just—yikes! So much typing to do anything.

Permalink to “The world discovers Python” #

Matlab and Julia were fighting the good fight back in 2012, and it sort of looked like anybody’s ball game. Back then, I picked numpy. Once deep learning exploded, the heavy hitters Tensorflow and Pytorch both chose Python as their interface.

And since then, it’s Python, all the way down. Absolute globs, scads, and mountains of Python.

I write this only to tell you why I still use Python—because it’s the only first-class citizen in machine learning.[2]

Permalink to “I discover TypeScript” #

During 2017 and 2018, I spent my free time writing TypeScript for a little game called Fallgate. TypeScript is based on JavaScript, which everyone loves to hate, and so I was prepared to hate TypeScript.

But then the funniest thing happened. I actually had a really great time writing TypeScript.

The Elephant in the Room

Permalink to “The Elephant in the Room” #

Yes, I was making a game with TypeScript, and attempting to do natural language processing (NLP) research with Python.

And yes, game programming, in my opinion, is a much more fun genre of programming than natural language processing.

Game programming has a stimulating feedback loop. When I built a new system for animation, lighting, particles, or movement, I’d immediately see the effects of the new feature. Plus, the actual code I wrote was interesting. The game programming centered around making real-time systems that efficiently managed interlocking behaviors for thousands of little game world entities. I got to try out new design patterns and play around in geometry, physics, and graphics.

On the other hand, programming for NLP research, I spend most of my time pushing big sludge piles of text data around. I scrape, annotate, clean, format, chunk, and batch text. I pour through text and find mountains of badly encoded files, non-linguistic junk like HTML, and of course, scads of idiots’ Internet blatherings—like this blog post! From a purely time-based perspective, I spend shockingly few hours actually building those cool neural network models everyone is excited about. And when I do, the models themselves were only a few dozen lines of code.[3]

Figure 1: Game programming before and after.

Figure 2: NLP programming before and after.

But aside from the (admittedly large) difference in what I was doing, there was a qualitative difference in the feel of the activity of programming.

Programming in TypeScript brought me joy. It was easy. I felt like I always had a better handle on what options were available to me. I also felt more confidence about what was going to happen when my code ran.

Only through this contrast of using both languages in the same day did I realize how little joy I got from Python.[4]

Why does it matter if Python sparks joy? When I first chose this headline, I thought it was funny. Now that I’m actually writing this, I’m becoming convinced it might be quite serious. We pour hundreds of the precious hours of our only life into our work. Seeking joy in the day to day, minute-to-minute experience of programming might be one of the more important things we can do.

What follows is a few posts in which I share my attempts to spark joy of Python back into my life. The first one is about static typing. I think it is the most important factor.

Familiarity — I’m assuming in these posts you’re moderately familiar with writing Python code. For example, I assume you understand kinds of stuff like:

Unfamiliarity — I’m also assuming you’re not a Python expert. Maybe you’re someone who picked it up as your first or second language in the last year or two. If you know too much, you will probably think that what I write is obvious, wrong, or both.

Solo coding — I realized after almost finishing a draft that some of these practices are geared towards effectively programming by yourself.

How much discipline is necessary in solo coding? I found that after I stopped working for Google, I over-engineered most things I wrote, because I thought that writing production code for a company was “good practice” in general, and that I would be a more effective grad student if I wrote the same kind of code for my research. Many grad students (at least stereotypically) swing far on the other side of the spectrum: writing super hacky, unreadable code that barely works through a publication submission.

The best approach, at least for me, is probably somewhere in the middle. I realized after a few years that speed of creation in research code trumps industrial robustness,[5] but there were still a few habits that would minimize my own burden down the road.

2. Static Typing Is the Key to Joy