A Modest Proposal: Let’s Stop Lying To Each Other in Our Research Papers

How we can fight spin 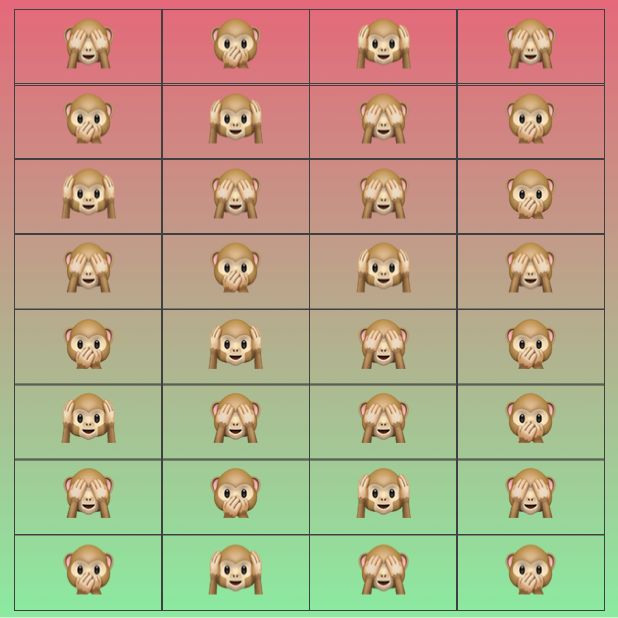 I was reviewing for ACL[1] last week, and it was a particularly depressing time. It was depressing because it made me remember how much we lie to each other in our research papers.

Permalink to “The Model” #

Say you you’re reading a paper that presents a new NLP[2] model. The model takes some ubiquitous neural network architecture—technical: like the LSTM or the Transformer—and bolts something onto it. 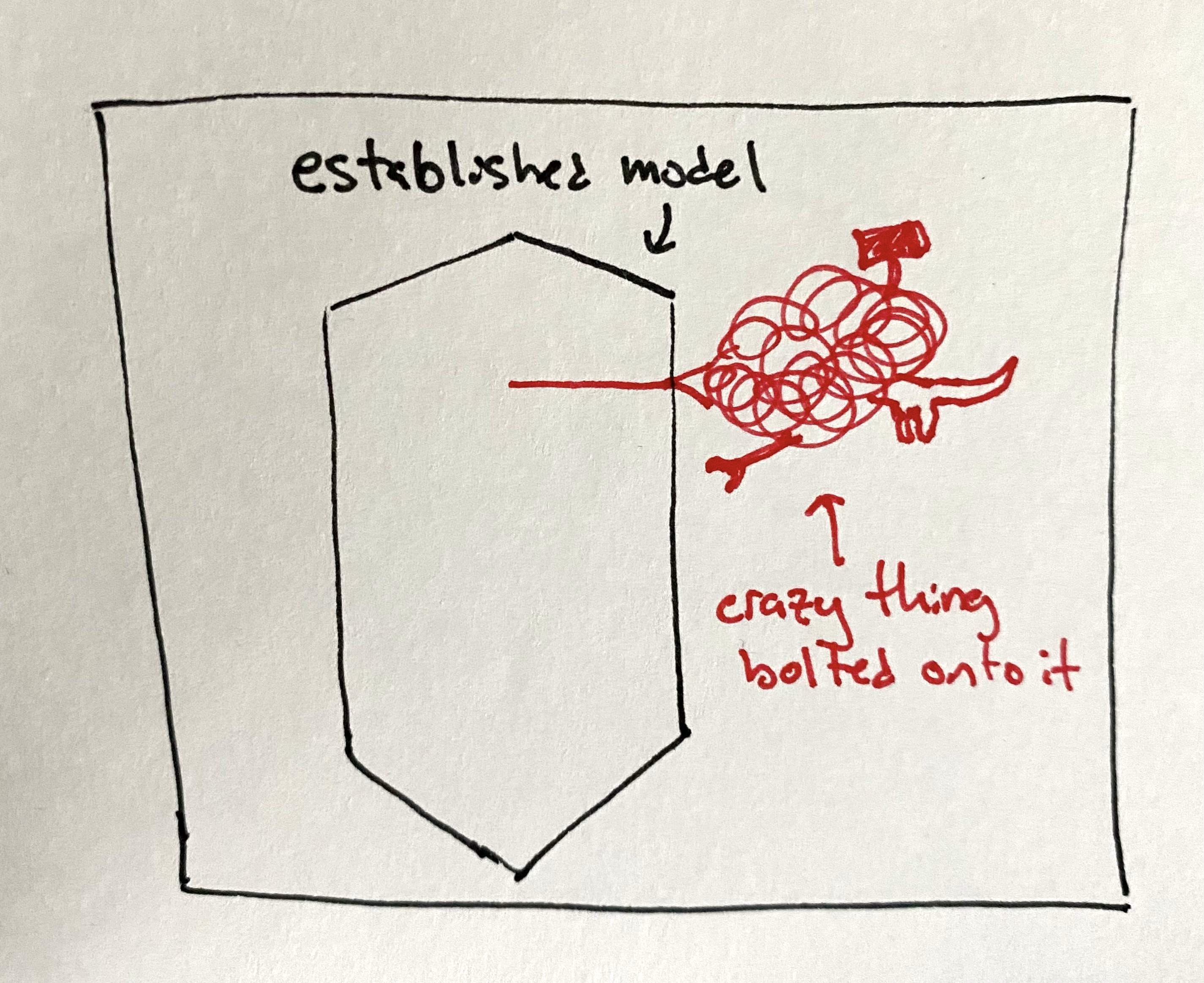 Components: wrench, hammer, half of dog.

Let’s pause briefly to imagine you’re considering working on the same task presented in the paper—for example, sentiment classification, or image captioning. Which will you pick: the established model, or this new idea which is “established model + crazy thing bolted onto it?”

Already, the established model has a bunch of major advantages:[3]

Add to this meta-analyses that show bolted-on tweaks aren’t actually doing anything (e.g.: this one for LSTMs, this one for Transformers), and you have a pretty compelling case to stick with the base thing.[4]

But wait, there is one factor that remains king in how we judge which research papers get published. It starts with “S” and rhymes with “OTA.” That’s right, it’s “state of the art performance.”

Permalink to “The Bait” #

This new paper offers you better performance. For example, it detects sentiment more accurately, or writes better captions for images. By how much? Well… let me take an example from a paper I was reviewing. I’ll tweak the values and obscure the metrics, but keep the intervals the same:[5]

The highest numbers are bolded. (This is standard practice.)

Now, already we’re trusting researchers to run fairly on the test set, and report the right numbers. I’m fine with this—though one paper I reviewed actually reported that they did hyperparameter tuning and model ablations on the test set 🤦‍♂️. But let’s assume these numbers are honestly gotten and honestly transcribed.

Permalink to “The Lie” #

Here is what the paper says about these numbers:

Well, until you actually read the numbers. Let’s look at the metrics they said they won:

OK, so this changes the story a little bit… it looks like two ties, and two numbers that eked out slightly ahead. Well, what about the others with “comparable performance?”

Oops, writing and reality have diverged. The writing says, “usually better, otherwise the same.” But just a few pesky inches away, the numbers say, “usually the same, otherwise worse.”

Call it by whatever name you want, this is lying to the reader.

The problem is not that this one paper that did this. The problem is that this is so normal we don’t even usually blink when we read it. In fact, I felt guilty even brining this up in my review.

Permalink to “Interlude to Remind Us We’re Doing “Science”” #

I just want to pause here and reflect that we are supposedly doing science right now. These are scientific papers. At least in the U.S., we’re funded by scientific grants, which come from the government, which come from people paying taxes. (If you reject that computer science is “science,” and think that it’s actually “engineering,” fine—I think the point stands even more.)

It just makes me think about what if someone was, oh, I don’t know, working on a vaccine, or cancer research, or some kind of hard science with stakes that matter, and tried to pull this kind of baloney. This might be overly optimistic because I don’t know how other fields work, and because of the whole p-value crisis, but I still have to imagine other fields have established a numerical culture where this kind of color commentary simply would not fly.

We Were Saying How This Is Maybe Worse

Permalink to “We Were Saying How This Is Maybe Worse” #

So, to recap, vs previous work:

Current standing by extremely naïve looking at numbers: pretty much the same, but slightly worse.

The first thing you might ask is, “OK, there are six scores here. Which one is most important?”

I think that is a great question. After all, these are different metrics for attempting to measure how good the model is. Could it be that some metrics are better than others at doing that? (Hint: yes, and the best is not one they do better on.)

People spend lots of time coming up with new metrics to address known deficiencies in previous metrics. They agonize over them, do all kinds of correlations with human judgments, and publish the new metric.

Then what happens? Well, it just becomes yet another column for the results table. There’s no mention of the scads of previous research about which metrics we should care more about. It’s just ✨numbers✨. Oooh, look, some of them are higher!

Can We Even Say It’s Actually Worse?

Permalink to “Can We Even Say It’s Actually Worse?” #

How do we know this isn’t just statistical noise? Could the results be basically the same as the last paper? Maybe even the last few papers?

My answer is: ya, it’s probably just statistical noise. Thanks for playing. 🤷‍♂️

But wait, we must have… statistical tests we can run, right? Surely it’s standard practice to—

Maybe, just maybe, if you’ve got some eagle-eyed reviewers and diligent researchers, you’ll get statistical significance tests on stuff like human evaluations.[6]

But on the good old results table, people just look for the highest number according to (waves hands) decimal places, bold it, and move on.[7]

Are Things Really This Bad?

Permalink to “Are Things Really This Bad?” #

There’s a ton of great research—even some Real Science—going on out there, and lots of people that agonize over this and get it right.

But so many papers just blow past this. The field’s obsession with higher numbers, coupled with a few dominant models that make it hard to truly get higher numbers, leads to this bizarro world where a research paper:

This has led to an unbelievable amount of noise in published research.[8] And as a researcher, you have to develop this skill of actively mistrusting basically everything you read.

My Call to Action

Permalink to “My Call to Action” #

There are several things we need to do. I will outline just the simplest piece here, which is to get our $%*! together on the numbers front.

As a field, we need to standardize:

If we can do this, it removes the fudgework from deciding whether model X > model Y given the availability of metrics A, B, and C. And if we make it dead-simple to do, like running automatically in standard evaluation scripts, people will actually report it.

Important: I’m not saying we need to use these metrics as a way to gatekeep what gets to be published. I will be the first person to tell you that my own research is not built off getting the highest number on leaderboards. We need a variety of research styles, including new angles, new tasks, model dissection, and thorough analysis.[12]

All I’m saying is, I think it’d be a bit less embarrassing for everyone if, when someone new to the field—like an undergrad who just joined the lab—holds up a paper and says, “we should start here, because they got the highest number," we didn’t have to take them aside and sadly say, “Oh kid, I’m sorry, nobody told you yet… We’re all just a bunch of lying baboons.”

The researchers who wrote this paper aren’t at fault, really. They’re just playing the game. But the game is made collectively, and we can change it. In academia, this happens somewhat slowly, but it does happen.[13]

Thanks to Ari Holtzman for finding the LSTM and Transformer meta-analysis papers when I couldn’t remember their names, and to Julie Leow and Alex Miller for reading drafts of this.