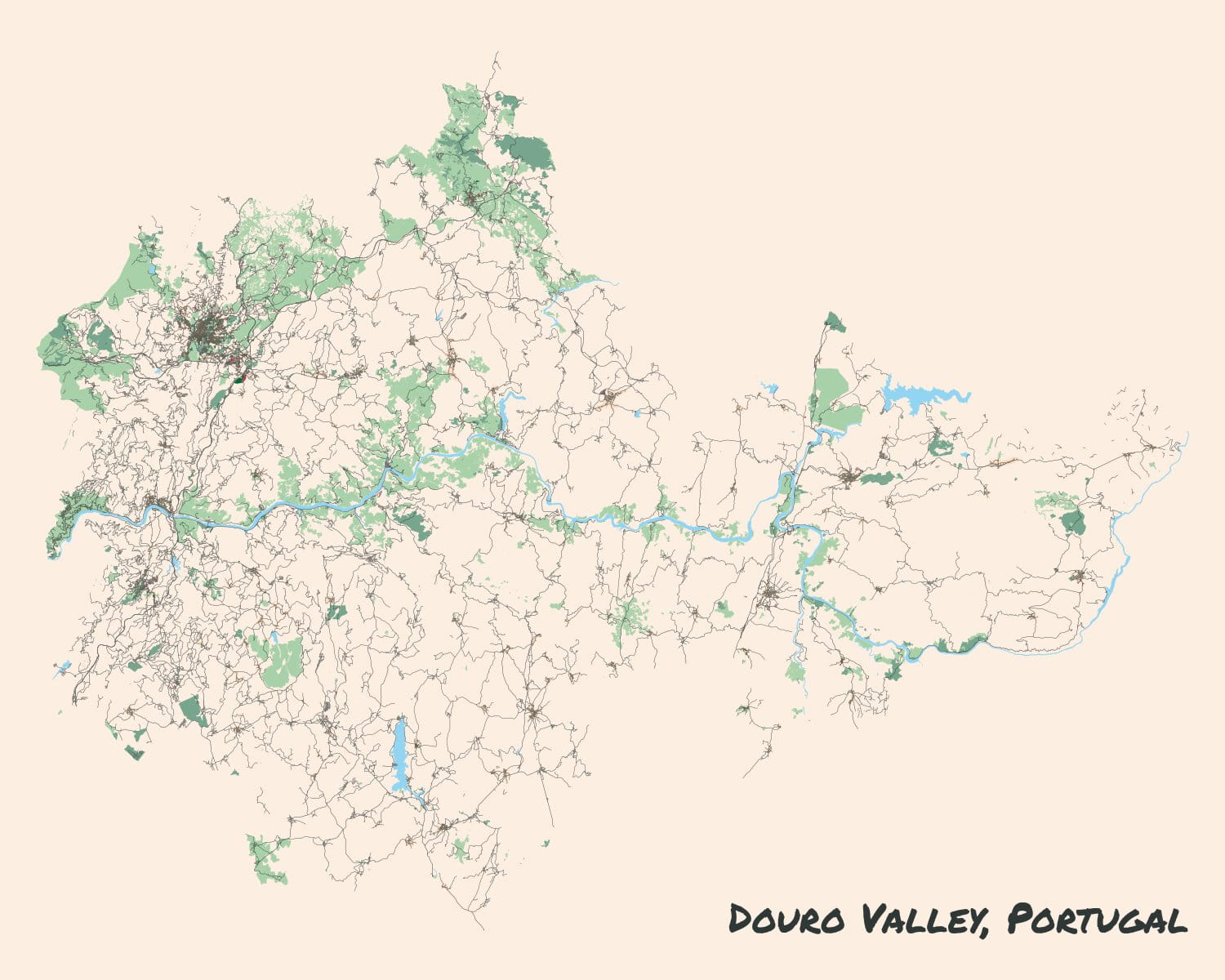 Back in Porto, this is one of a couple day trips we took.

Huge wine region, ~1–2hr drive east out of Porto. Wine grown on terraces. Historically only port, but more “normal” (AKA “table”) wine these days too. 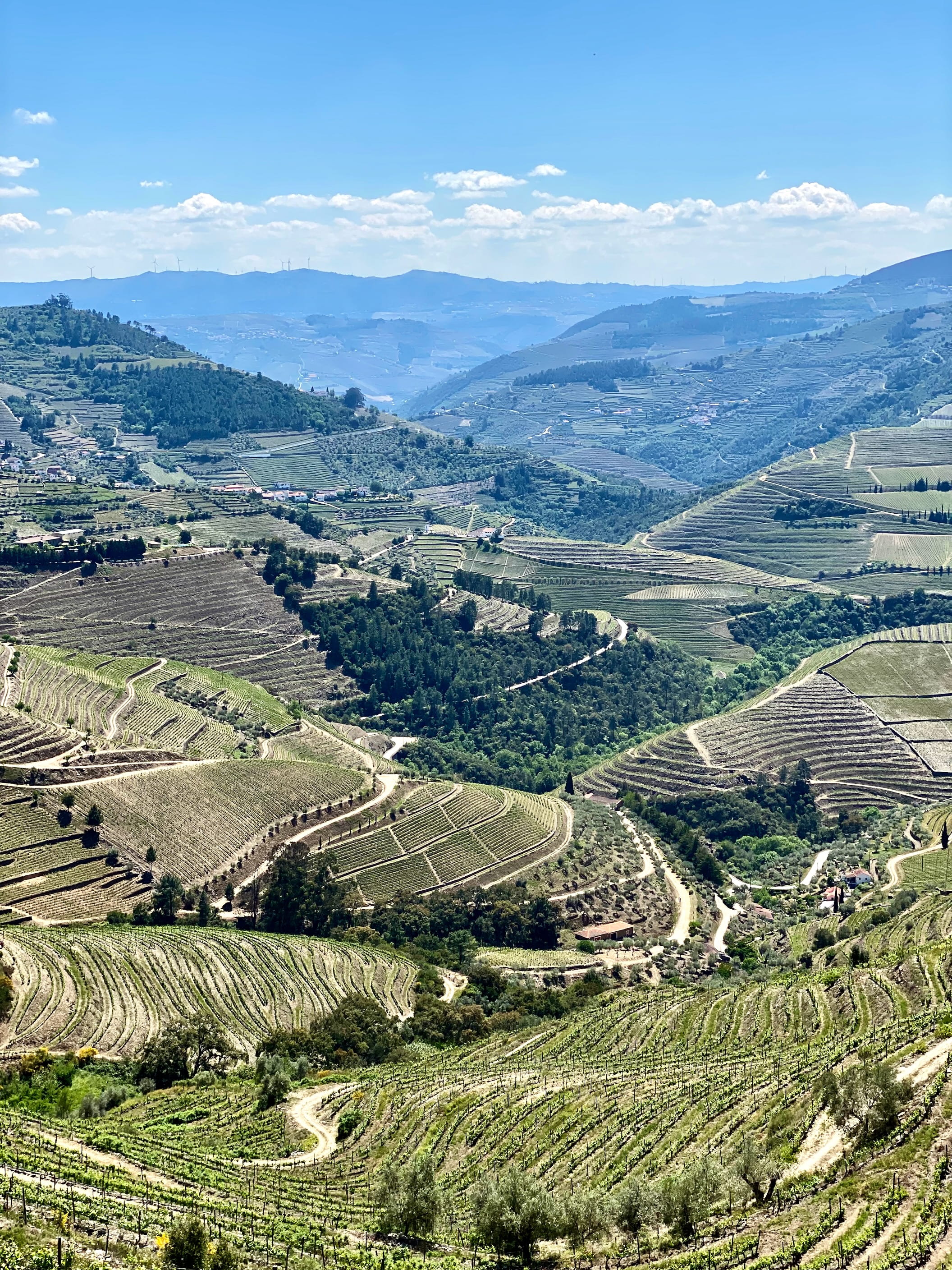 I learned vines can grow over a hundred years old. Peak production might be when they’re around fifty (±thirty?) years old. As they get very old, the flavor gets better, but they tend to produce less. E.g., some getting as old as one hundred twenty (!). 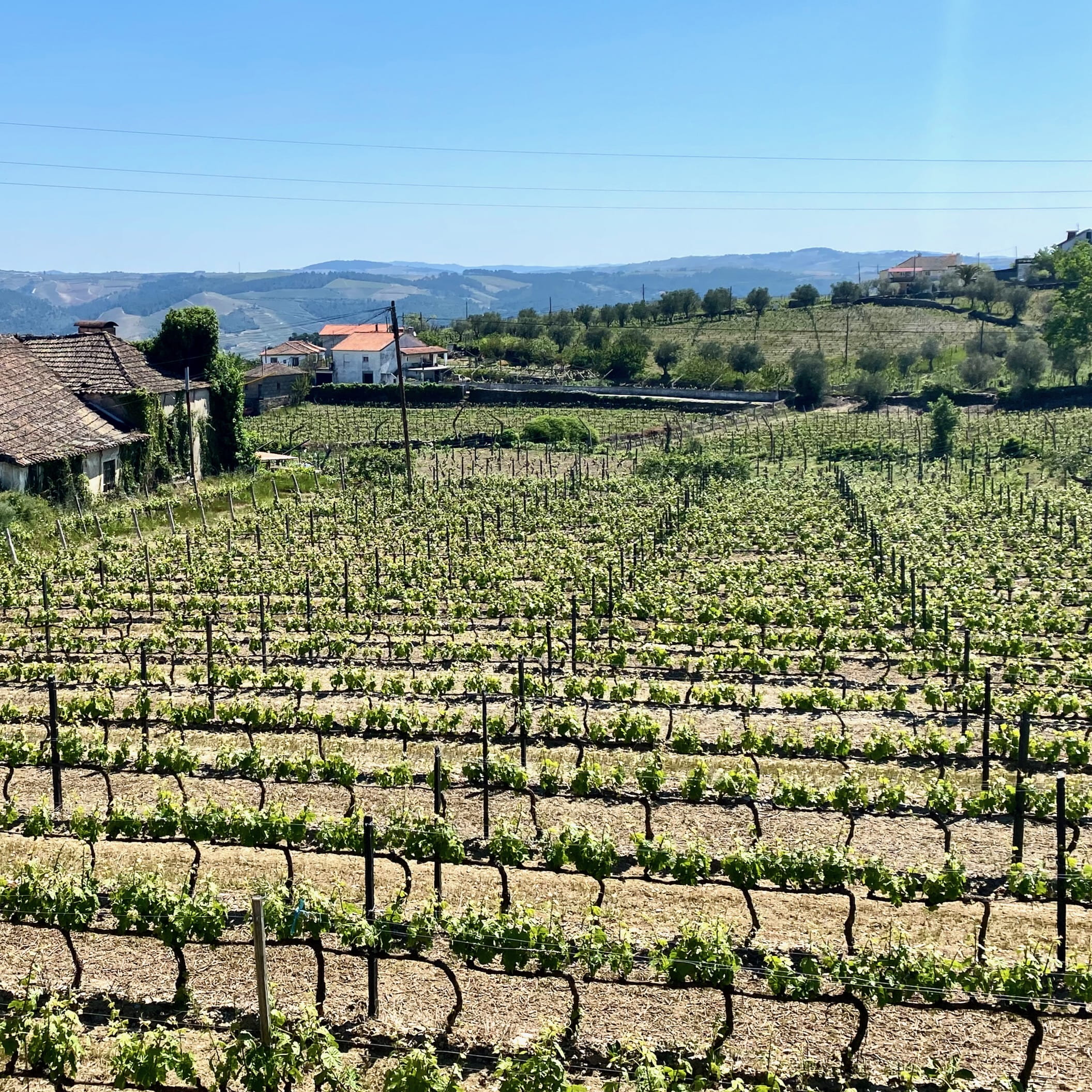 An insect called phylloxera came from America in the late 1800s and decimated vines everywhere. Almost none survived. This was a big deal for them. 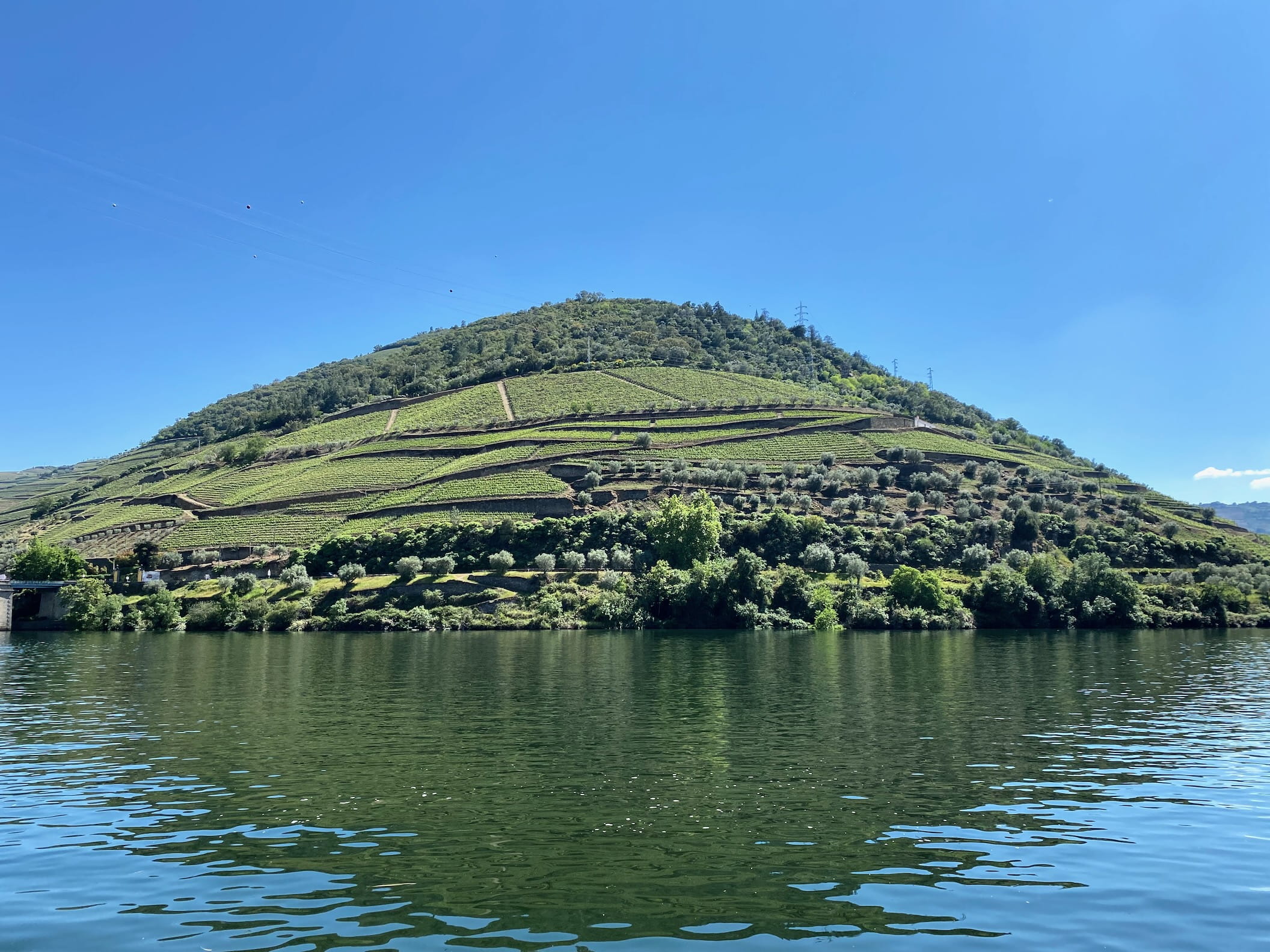 The Douro river was historically used to send barrels of port to Porto. Now it’s got a bunch of dams, so no more. (Some wildly tall locks, though, so I guess it’d be possible, just slow.)