Basque is a culture, language, and cultural region spanning a chunk of northern Spain and southwest France.

I hadn’t even heard of Basque Country until last year, and it was hard to wrap my head around. What do you mean, cultural region? I thought Europe did a pretty good job splitting itself up by culture into countries? While that’s perhaps broadly true, there are exceptions, and this seems to be a big one.

We mainly stayed in the Spanish side. 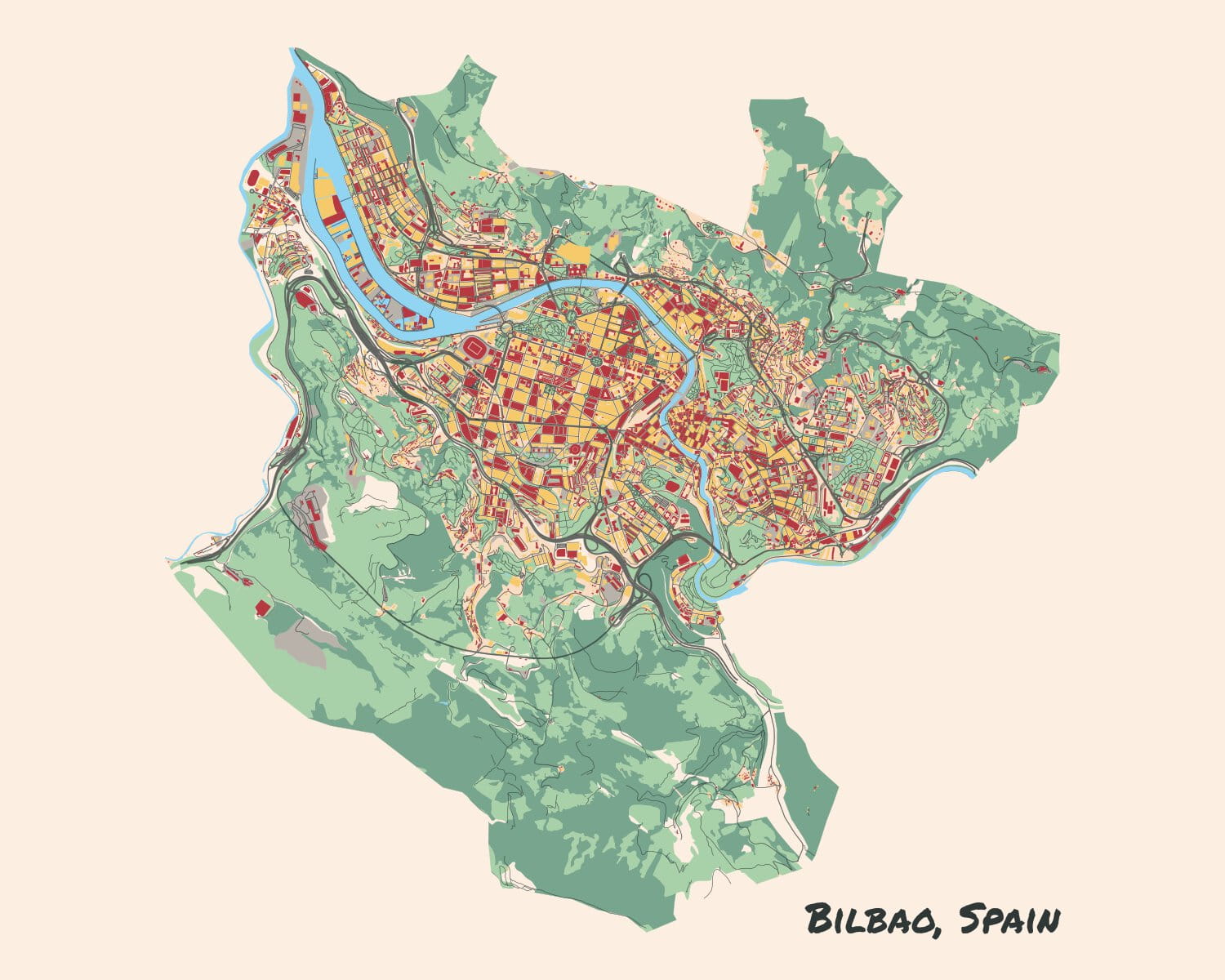 To boot, it’s decently cheap — not quite as cheap as in Andalusia, but much cheaper than somewhere like Zurich. 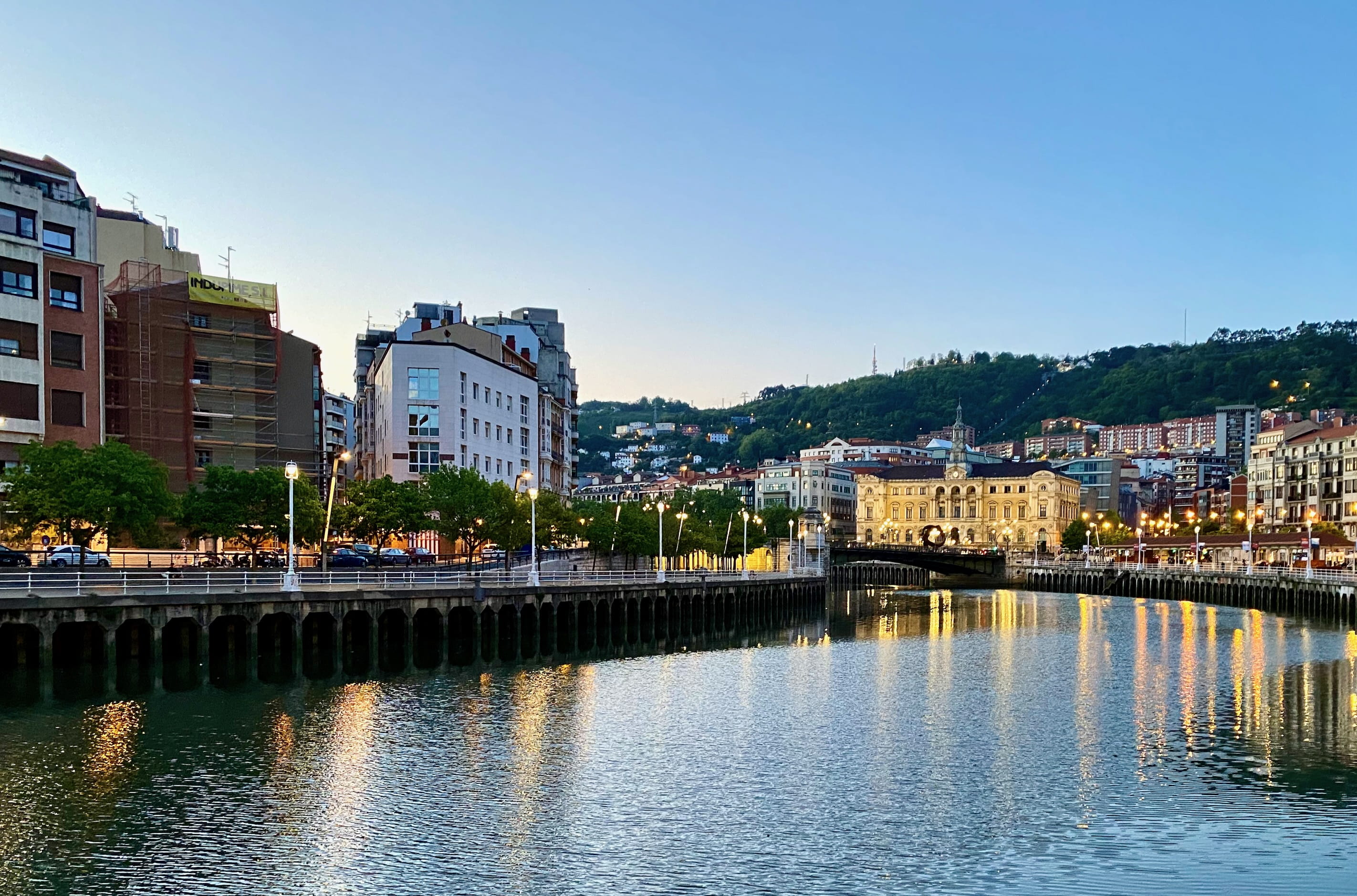 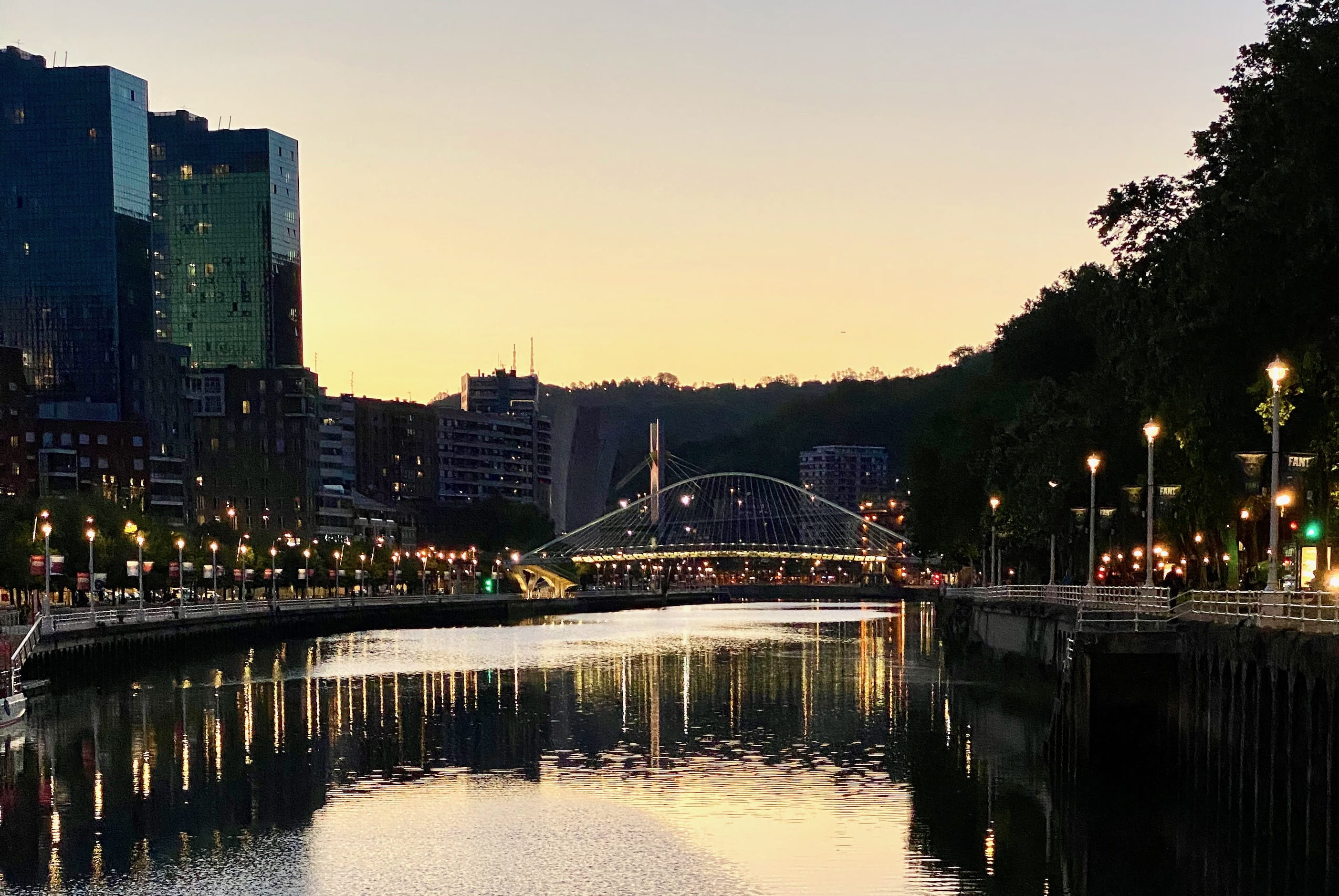 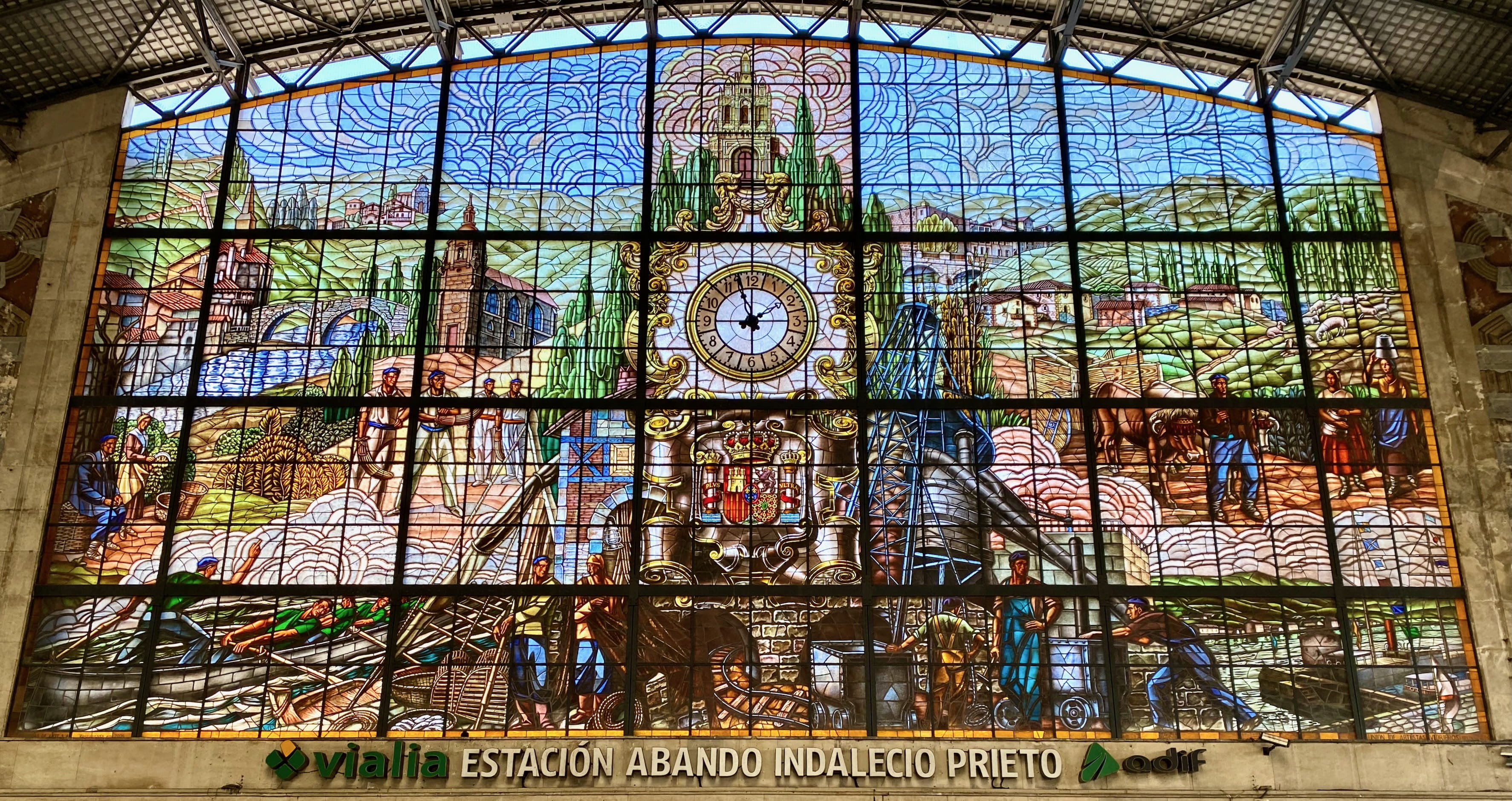 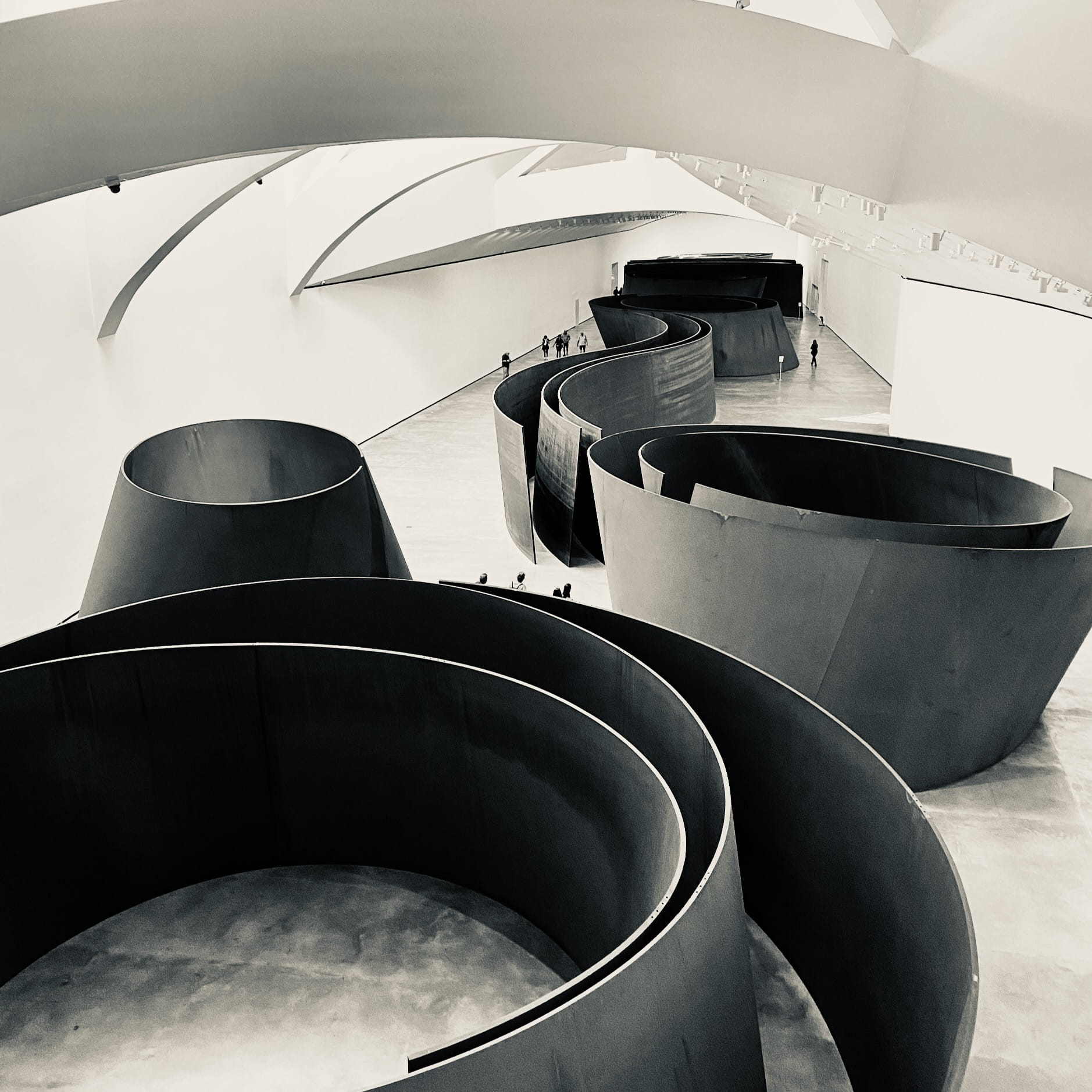 To me, someplace like Granada seems perfect if you’re a college student and want to be able to eat and drink your fill for $5. If you’re at least 30-something (or just an old soul) and interested in food, nature, and getting away from the crowds, check out Bilbao. I bet it will be absolutely ruined (by us tourists) within ten years.

Called pintxos (pronounced peen-chos), these are super fun because a huge selection of them are all displayed in glass cases right on the bar as you come in. Almost universally about 2€ each, usually some kind of meat or fish spread on top of a slice of baguette. Plus, more options that can be cooked fresh to order.

We did make a couple restaurant reservations, but our favorite experiences were just hopping in somewhere without planning and pointing to pintxos.

Aside: I’m Not Documenting Everything

Permalink to “Aside: I’m Not Documenting Everything” #

Since I’ve been writing more and posting a few more pictures, I’ve been really torn about trying to be comprehensive in photographing the main things I want to write about, and trying to write and describe more of what I do.

While it’s tempting, I think it’s a road I don’t want to go down. I think it leads to cataloguing / achievement-oriented travel, which isn’t my jam. More importantly, it just takes a lot of time. Not just remembering to photograph things, but spending the effort to take several photos, pick a good one, and do some editing.

So, my blog posts will intentionally be incomplete. For example, I’m leaving out the most prominent building in Bilbao—its Frank Gehry-designed Guggenheim museum—and the old town, streetside pintxos, some tranquil parks atop hills, and a local market. I’d just much prefer to go the route of interesting stuff I’d like to photograph and write about rather than complete itinerary.

I feel a bit guilty about this for places like Bilbao, where I really want to give a hard sales pitch for my friends and family to go there. I’m leaving out the most famous and photographed attractions, which are well-known for a reason (they look great). But knowing myself, I’ve got to do it this way or I’ll burn out.

The good news is, if you’re interested in the main sights of a place I mention, just give it a Google! 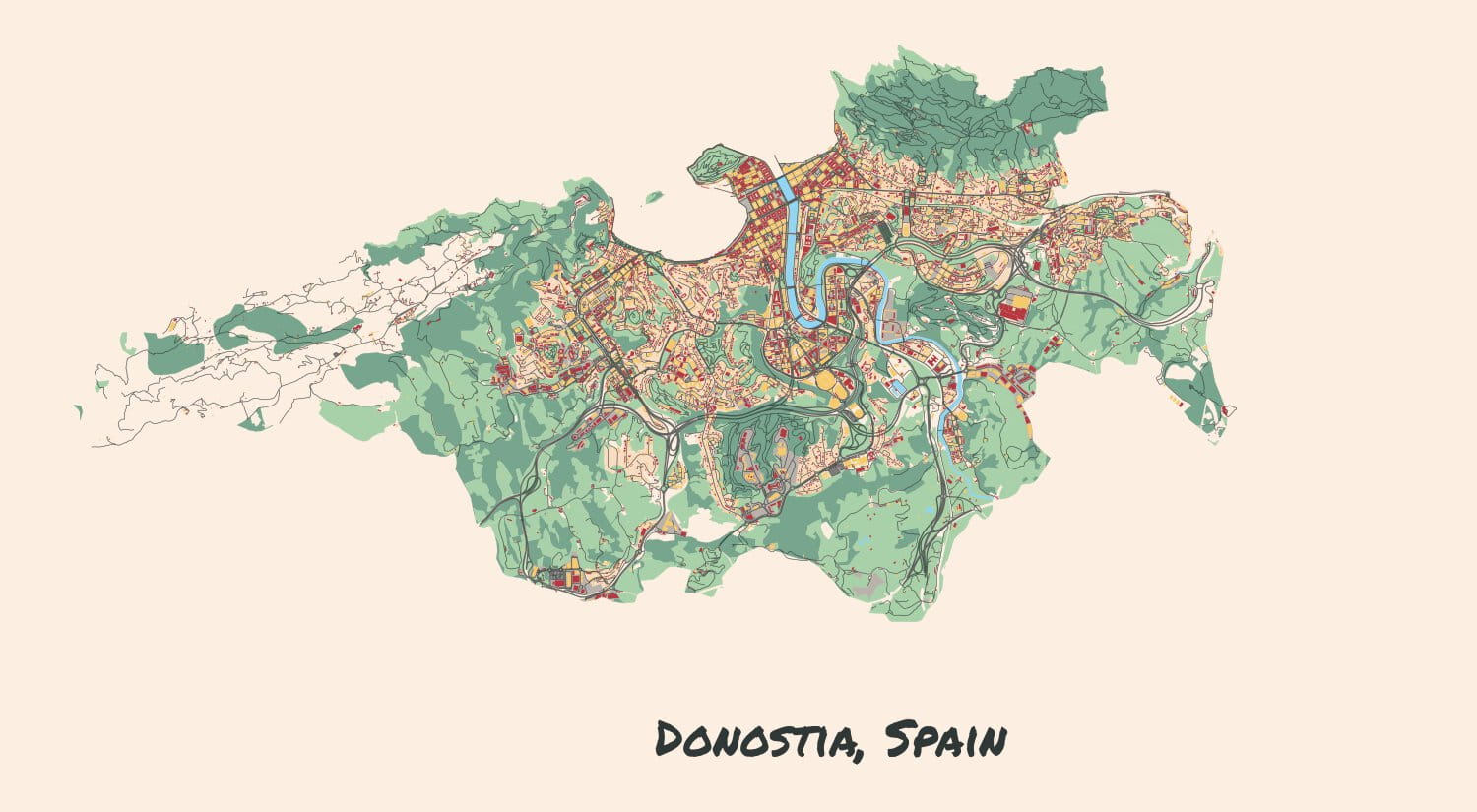 Called San Sebastián in Spanish, I really think Donostia could have captured my heart if we hit better weather and spent more time in the city. We planned so many day trips outside of it that, despite spending about five days in Donostia, I don’t feel like I got to know it much at all. 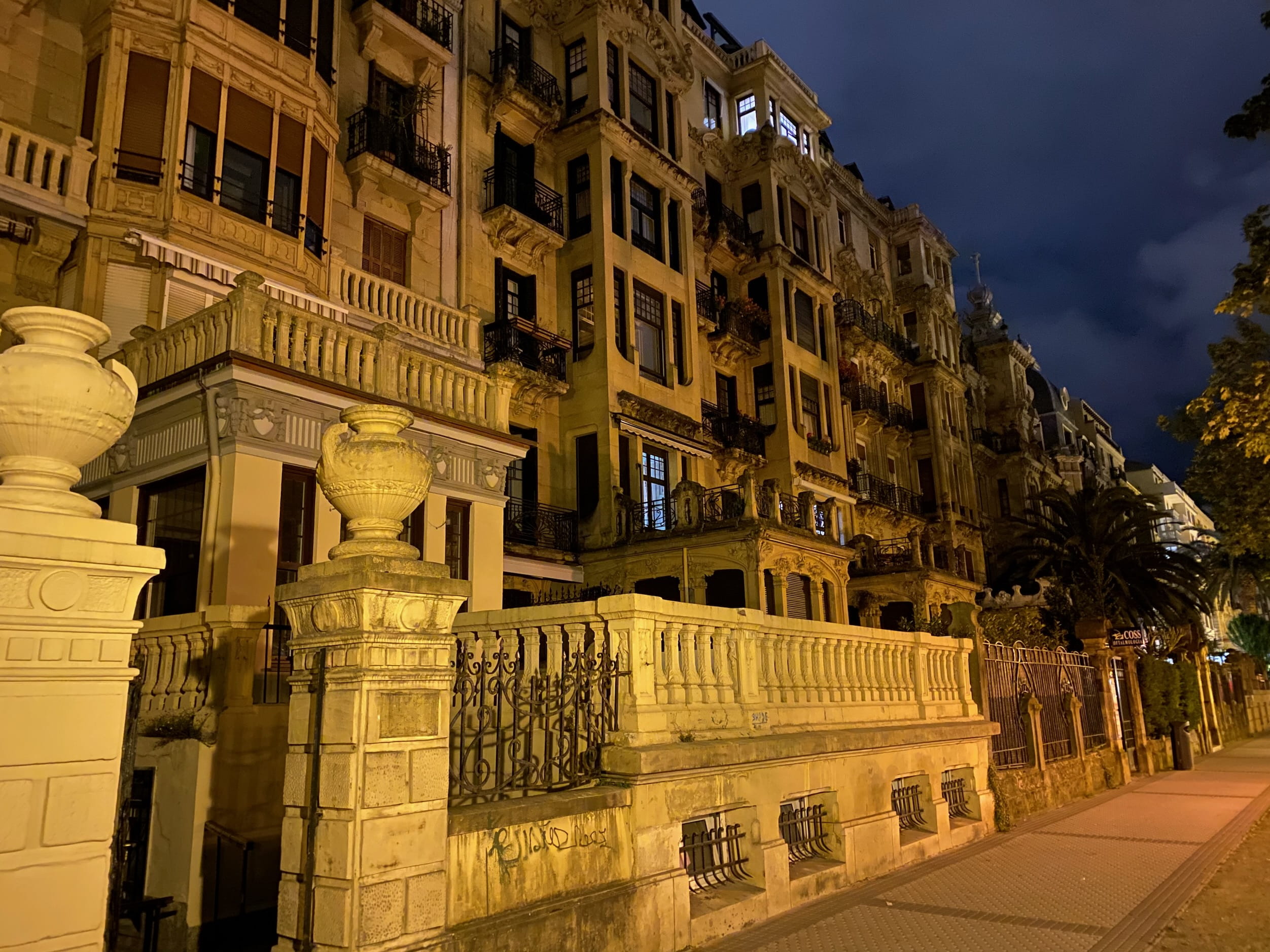 Like, imagine this level of architecture just for your apartment building. 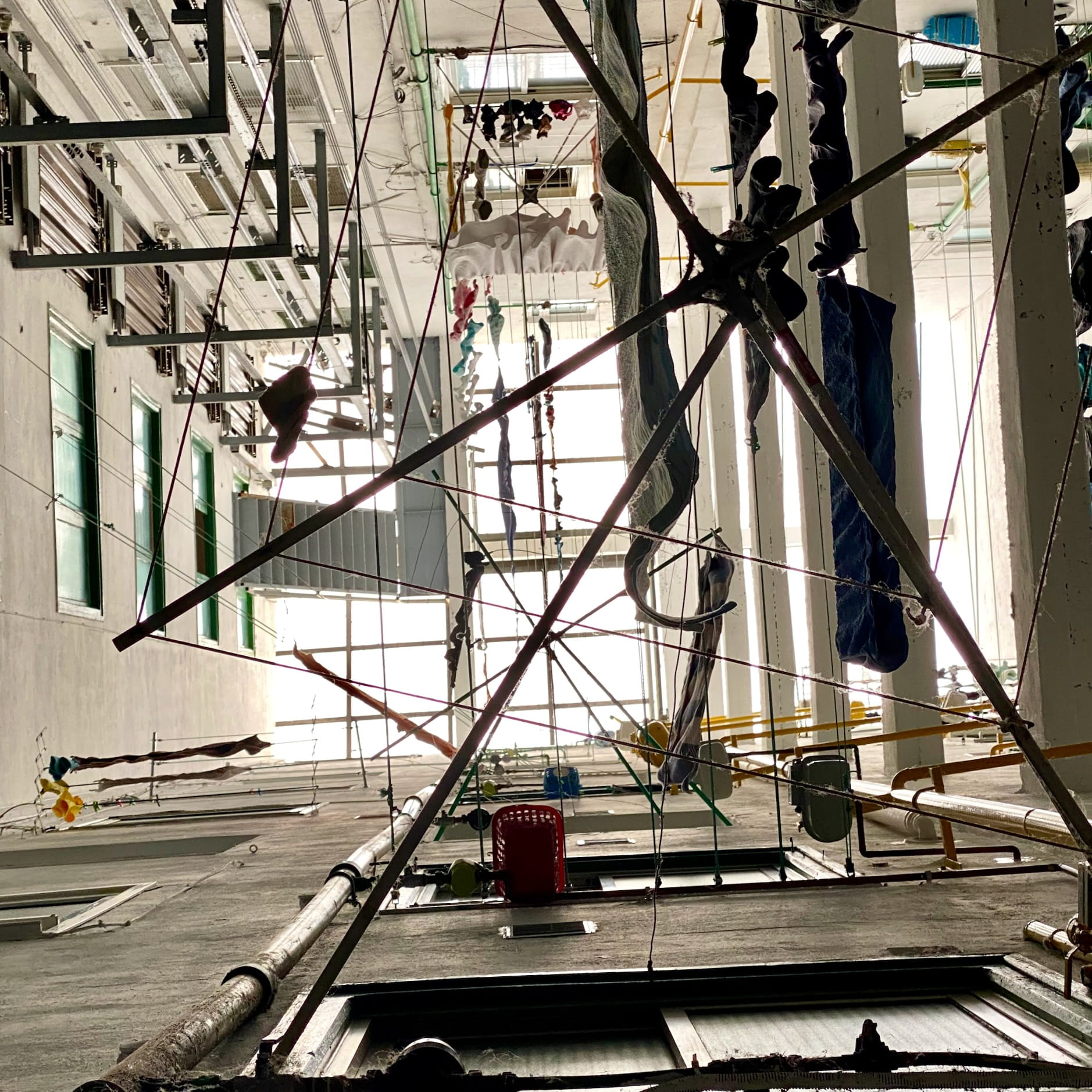 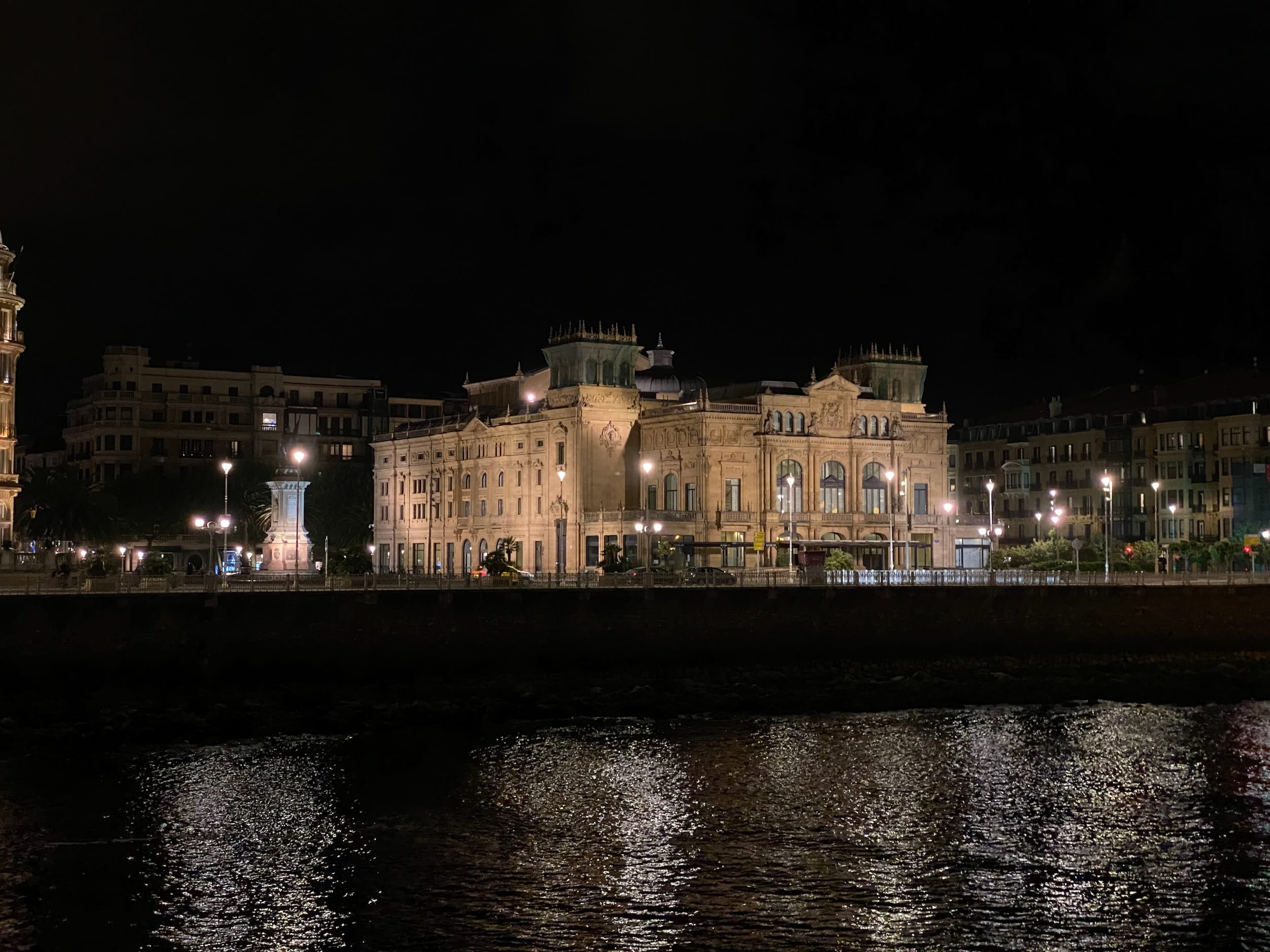 Permalink to “The Basque Language” #

The Basque language is cool. It’s not an Indo-European language, which is wild for a living language in Europe. This means it doesn’t share roots with any of a huge set of common languages, like English, any Romance language, any Germanic language, Hindi, or Russian. It’s ancient.

In our experience, everyone we interacted with easily spoke the country’s main language (Spanish or French). E.g., in Spain, all conversations were initiated in Spanish, and 99% of what we heard spoken on the street was Spanish. So if you’re traveling here, and someone tells you “they don’t speak Spanish there, they speak Basque!” don’t worry, they’re a bit mistaken. Everyone can speak Spanish.

As usual, the history here is complex and tragic. The Basque language was outlawed by Franco (Spanish dictator, 1930s–'70s), but it’s been growing back since.

Spanish Basque felt very Basque-forward—almost every sign, plaque, and even advertisement was in both Basque and Spanish. This seemed less so in the French Basque city we visited (more below). 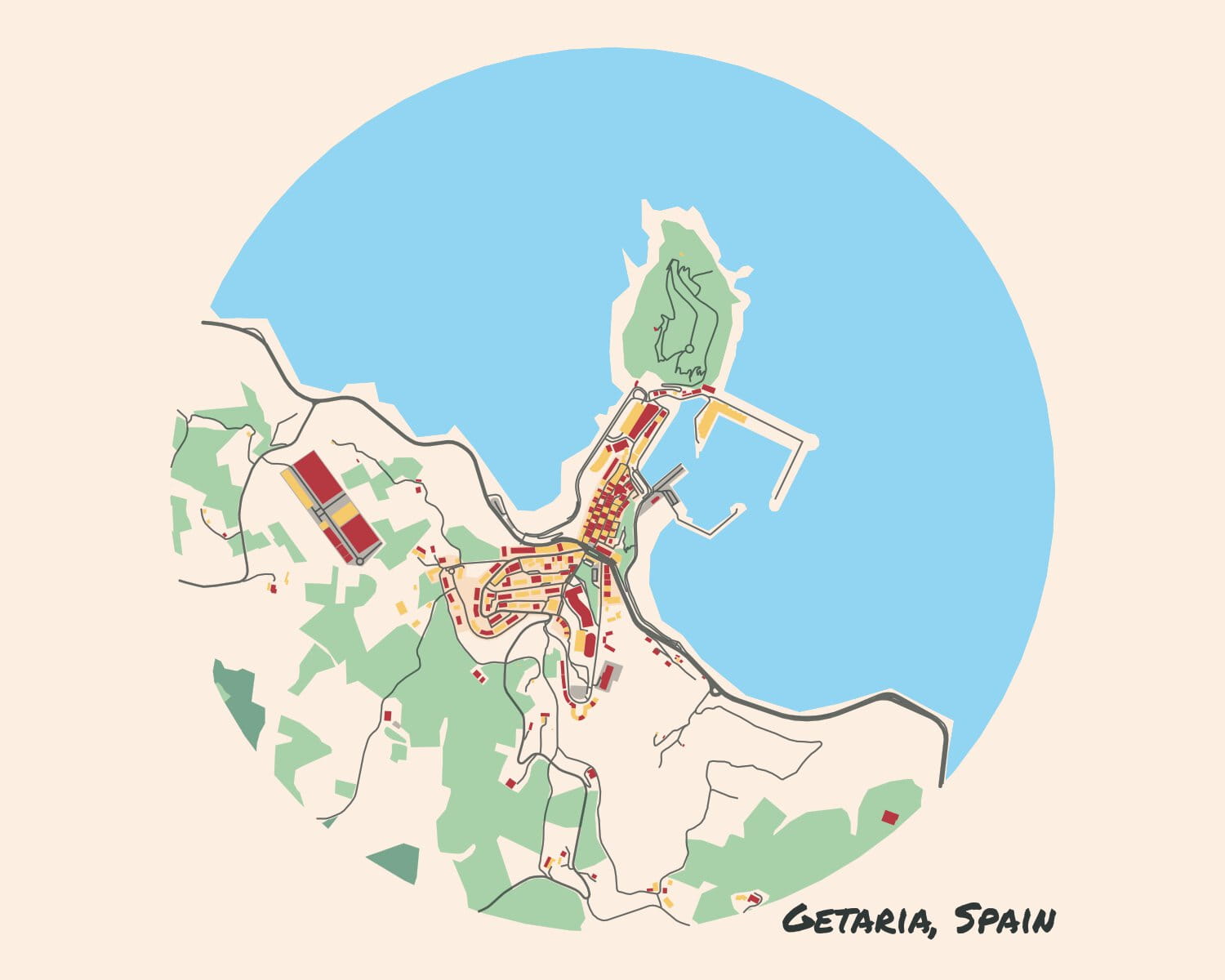 A tiny fishing village that I think is actually a tourism village now. We took a half day trip there, then enjoyed a coastal walk over to the nearby town of Zarautz, where we caught the slow winding forest train back to Donostia. 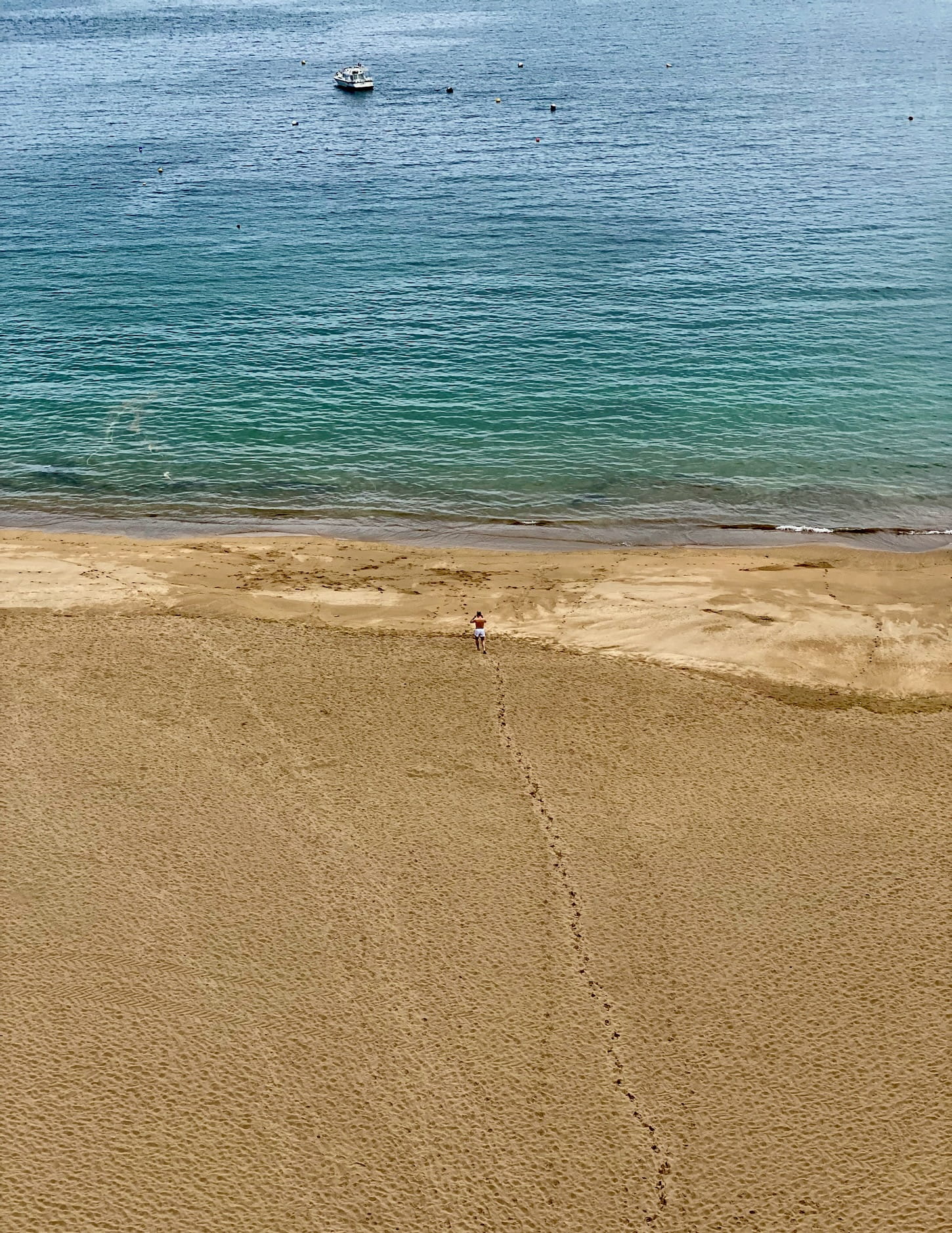 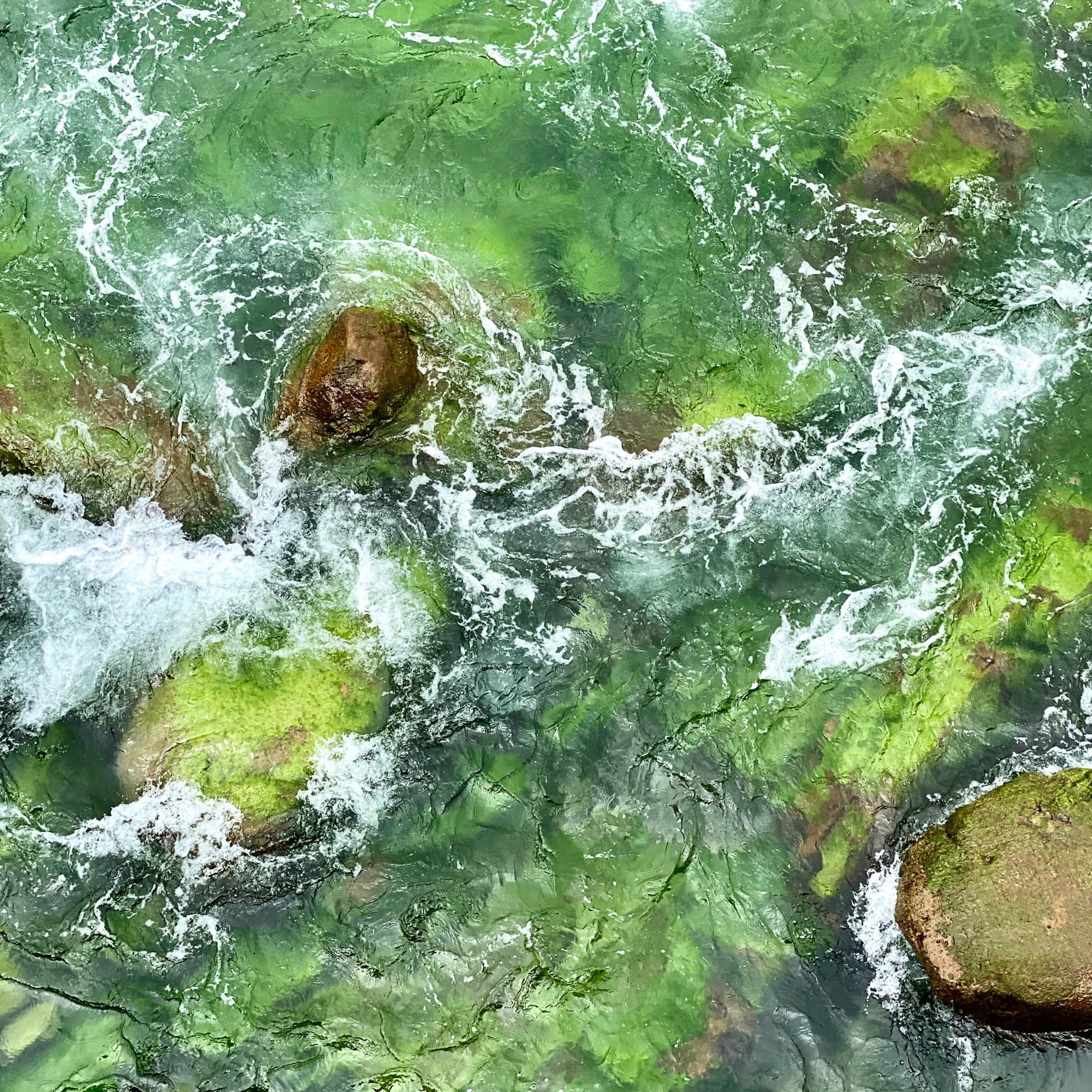 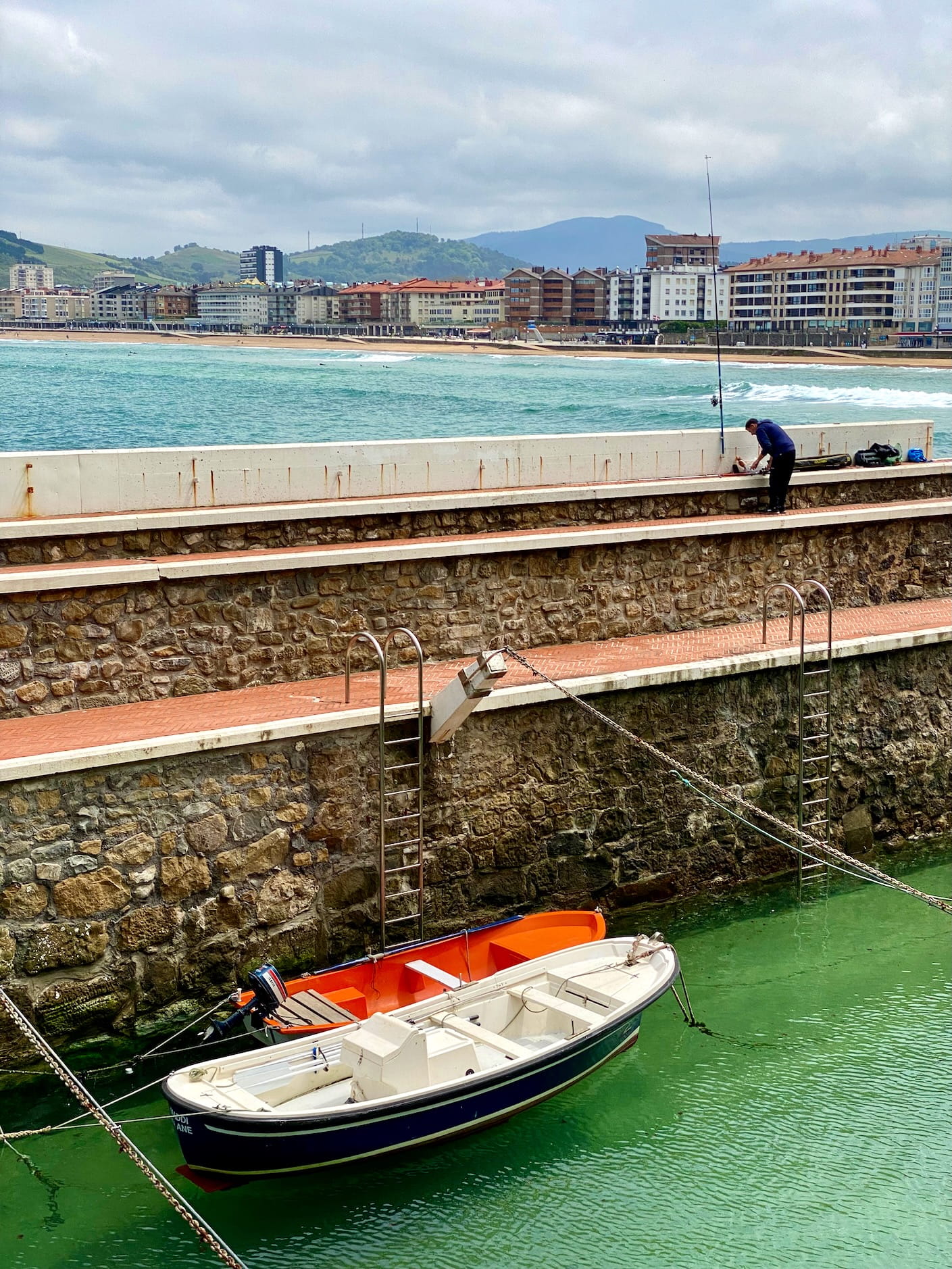 The most striking part of the landscape here was the rocky greenery right next to sandy beaches. Tough to capture it in a way that preserves its strikingness, especially in the cloudy lighting we had. 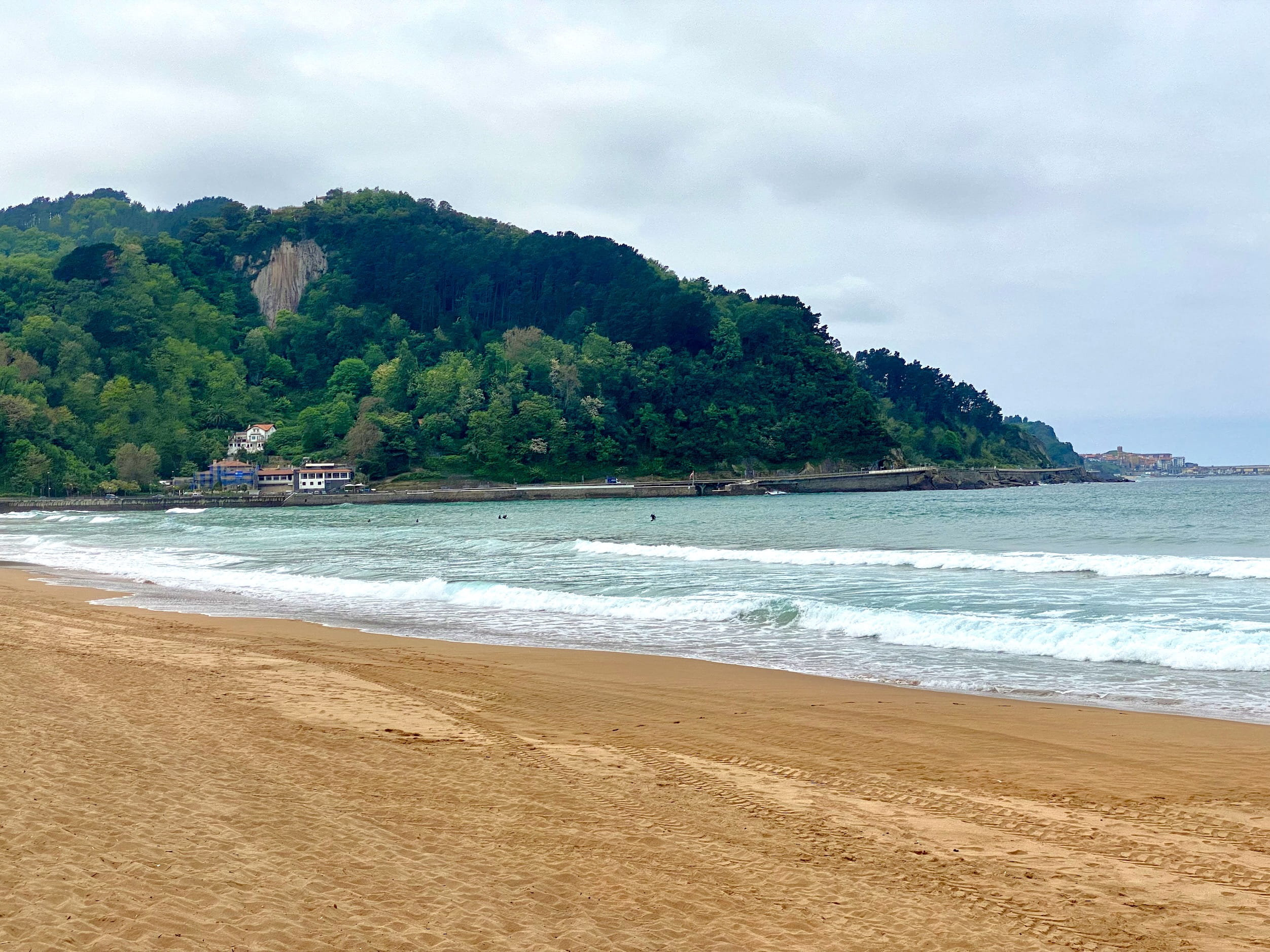 Two random oddities on the walk: 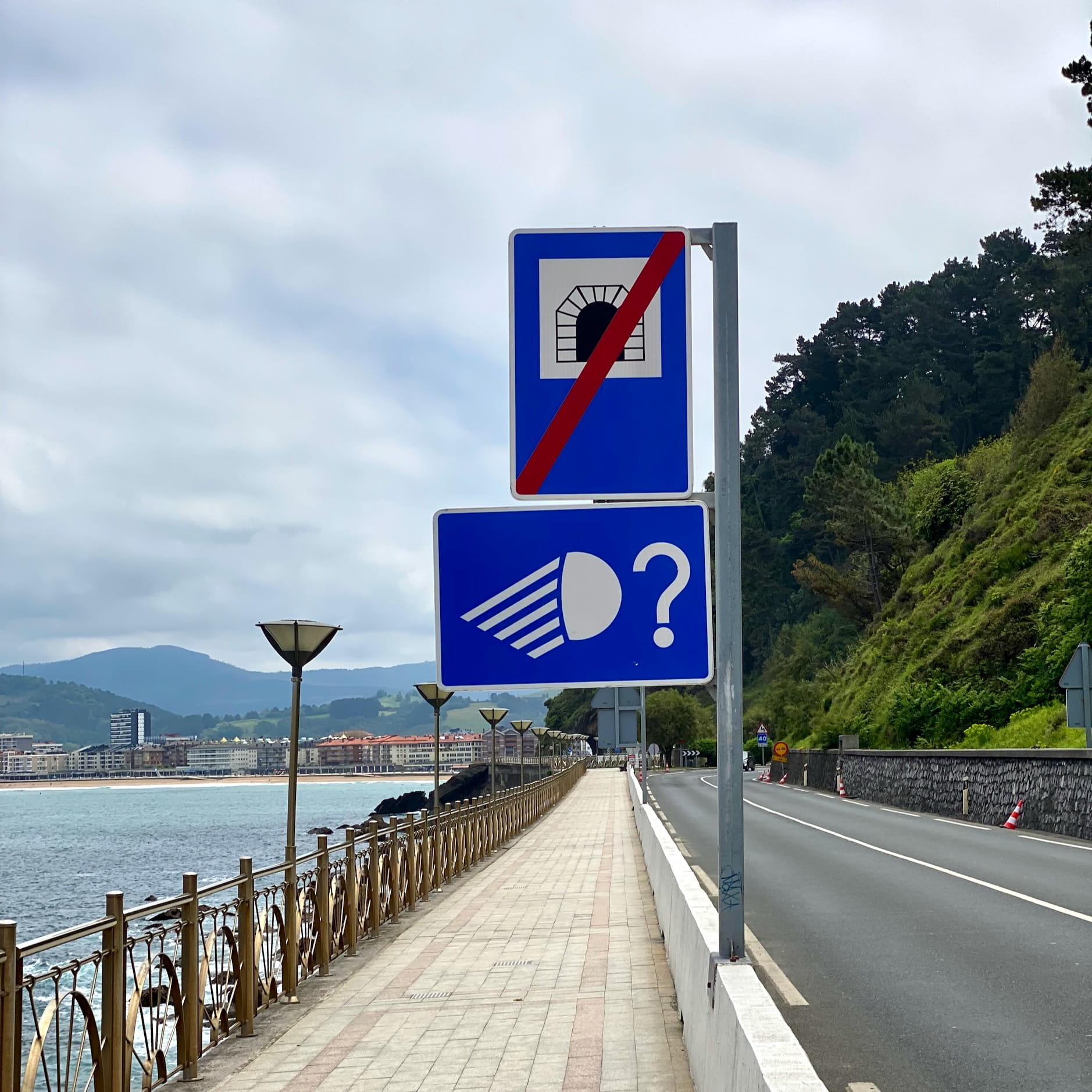 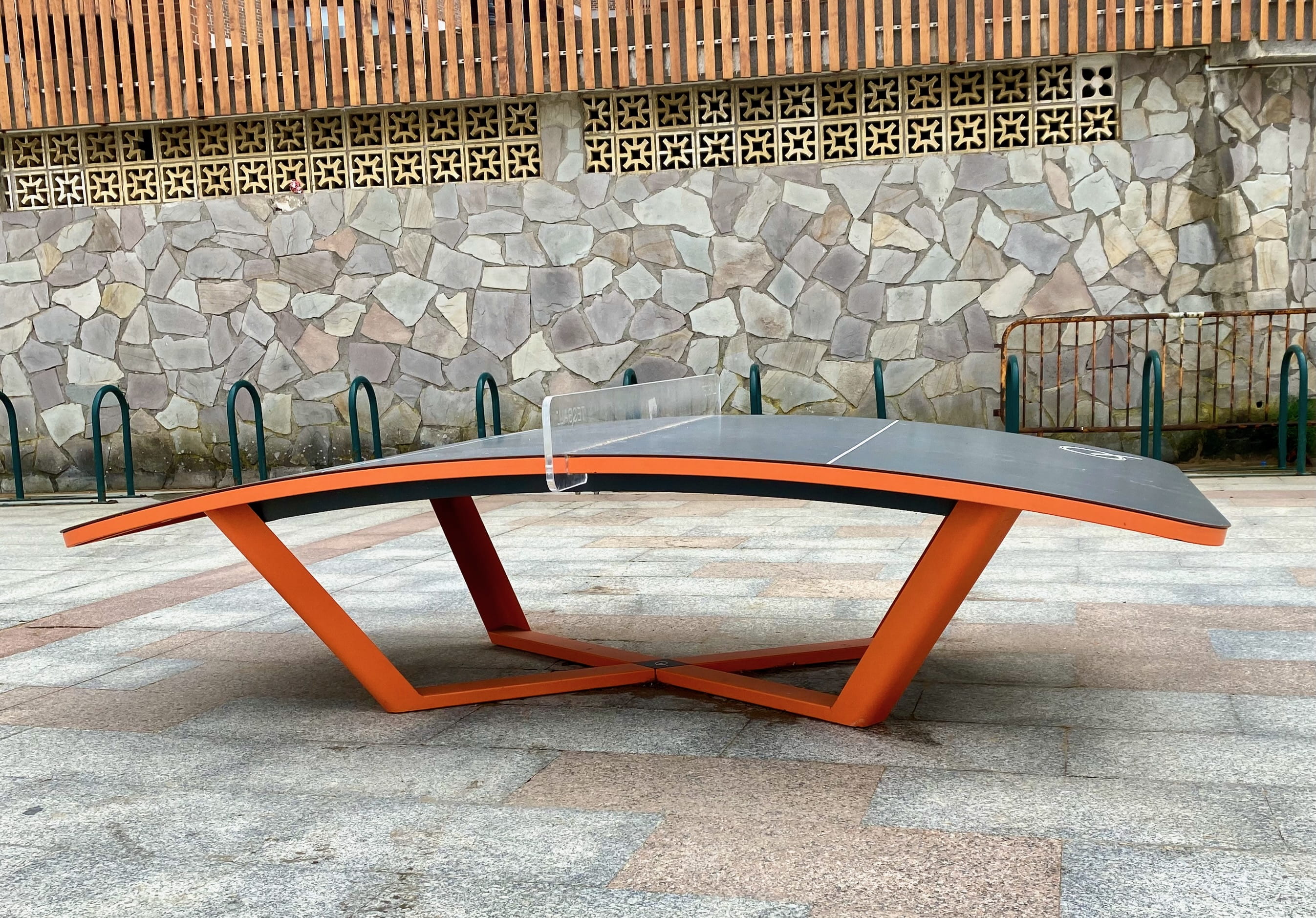 Top: Left: What do you think these signs mean? My best guess: you just left a tunnel; are your high beams off? Bottom: Right: At first I thought this is maybe for some kind of extreme ping pong encouraging wacky bounces. My friend Harnoor correctly identified: Teqball!

Permalink to “Cider and Wine” # 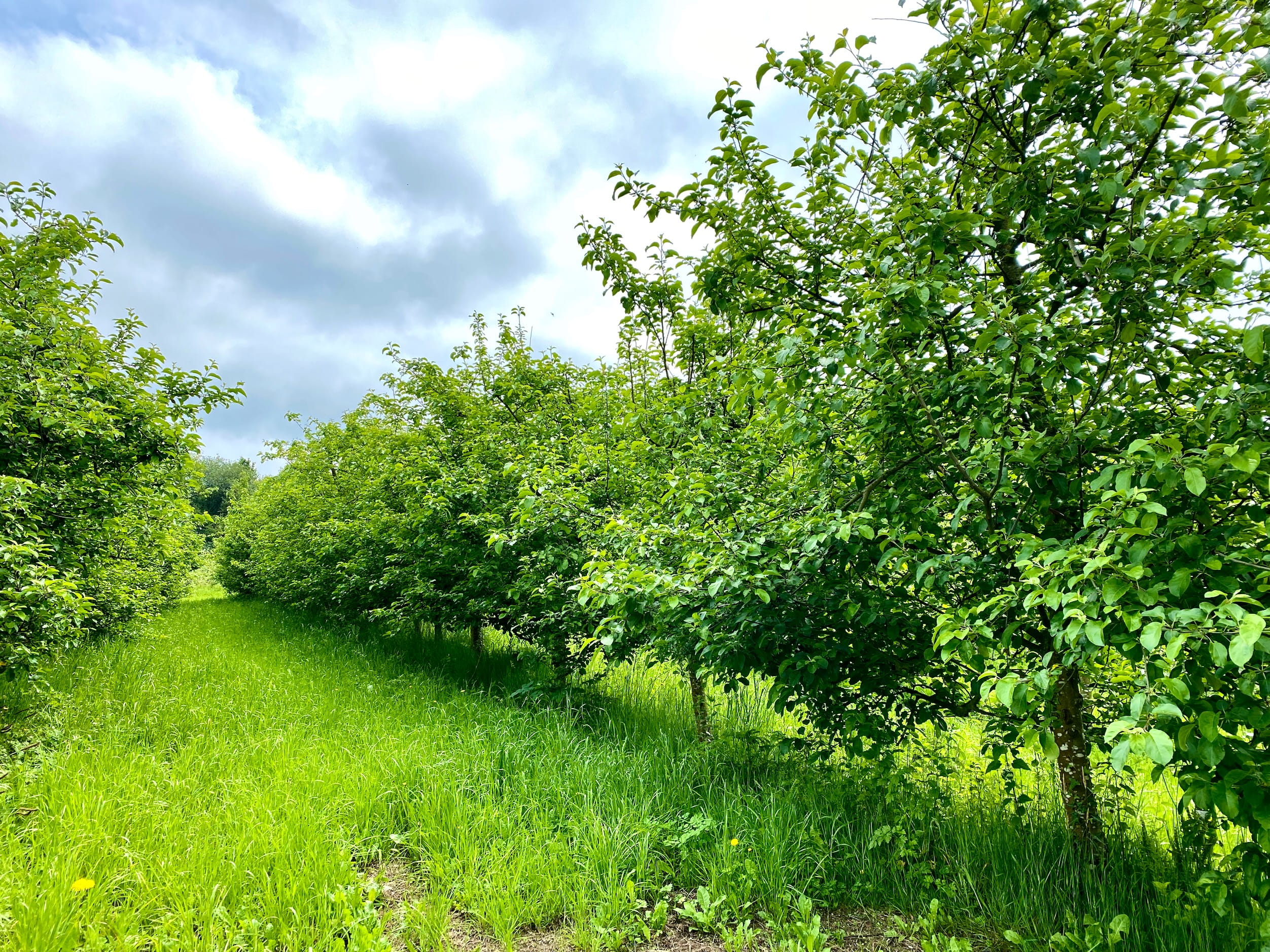 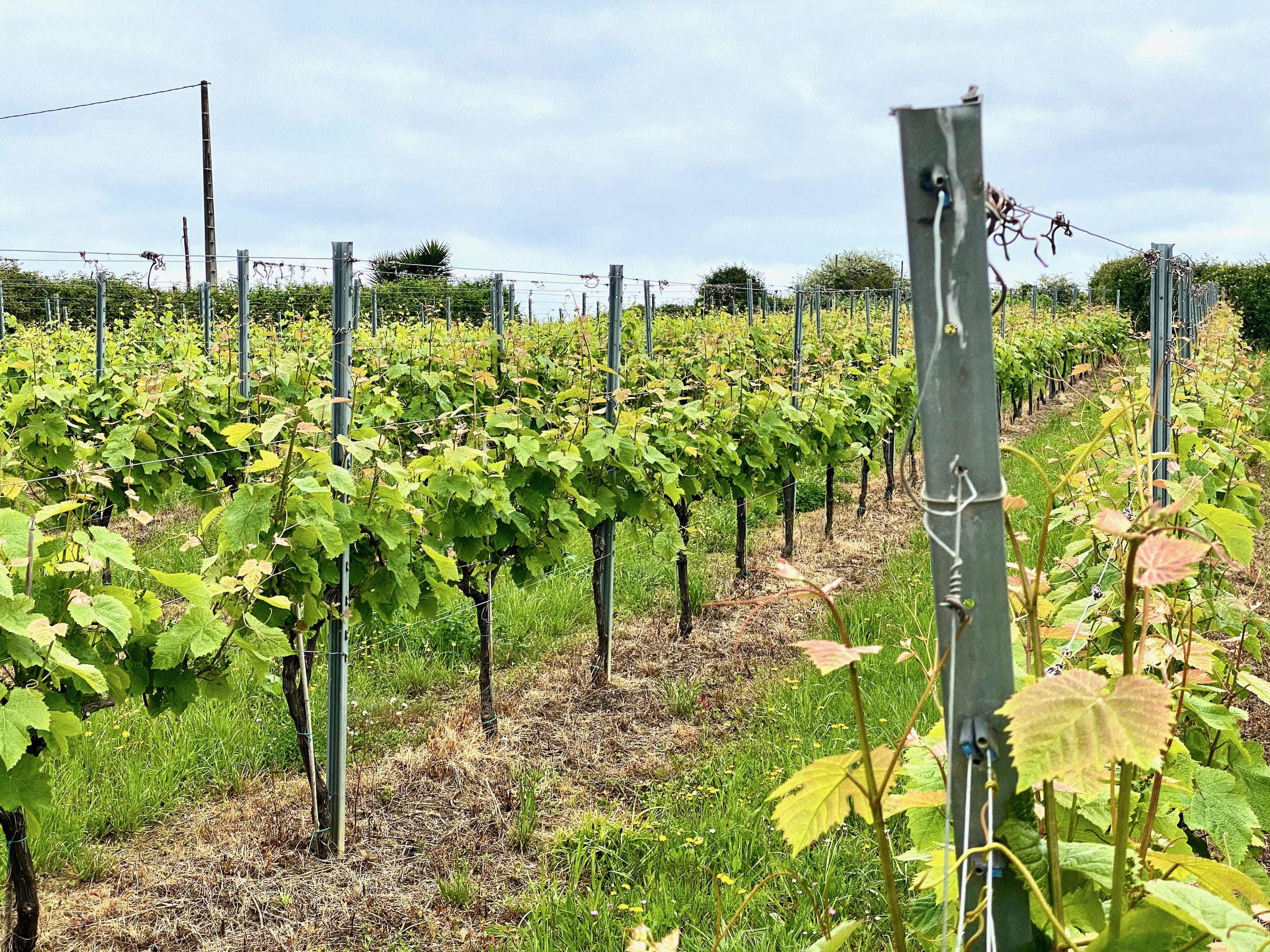 On back-to-back days, we toured a cider maker and a winery. I’ve gone to tours of both before, but never realized how similar their processes are:

A bit more about each.

Basque cider is a specialty. Similar to the San Juan Island Distillery I visited in Washington, they say that you wouldn’t want to eat most cider apples—too bitter or acidic. They use a blend to make most ciders. Only recently have they tried single varietals (i.e., making a cider from a single kind of apple). Drunk from big cylindrical glasses, filled two fingers up, directly caught shooting out from a huge barrel. Very, very dry.

There’s a white wine made in coastal Basque regions called Txakoli (pronounced cha-koh-lee). It’s a bit salty and a bit bubbly, always poured from a comical height. They say it’s salty from coastal air. I’d be curious to learn more about this: does the salt in the air literally get into the grapes? I also didn’t get a clear picture (even after asking) on why it’s bubbly. Both of these are a quick Google search away, I’m sure, but it’s so much easier to ask questions to you, dear reader.

If you start poking around Wikipedia, you’ll discover every state in Spain is called an “autonomous community.”

I wondered: do they really behave differently than, e.g., U.S. states? Or is this mostly a naming thing?

As usual, the politics here are complex.

My impression right now is that, on one hand, yes, Spain is more decentralized, and Spanish states are more self-governing, than in a country like the U.S. And several communities have way stronger desires for independence—e.g., in Catalonia or Basque Country.

However, it seems like in practice, Spain may behave a lot like a federal republic. In other words, centralized power. One commentary I read (that I can’t find now) called it “federated in everything but the name.” 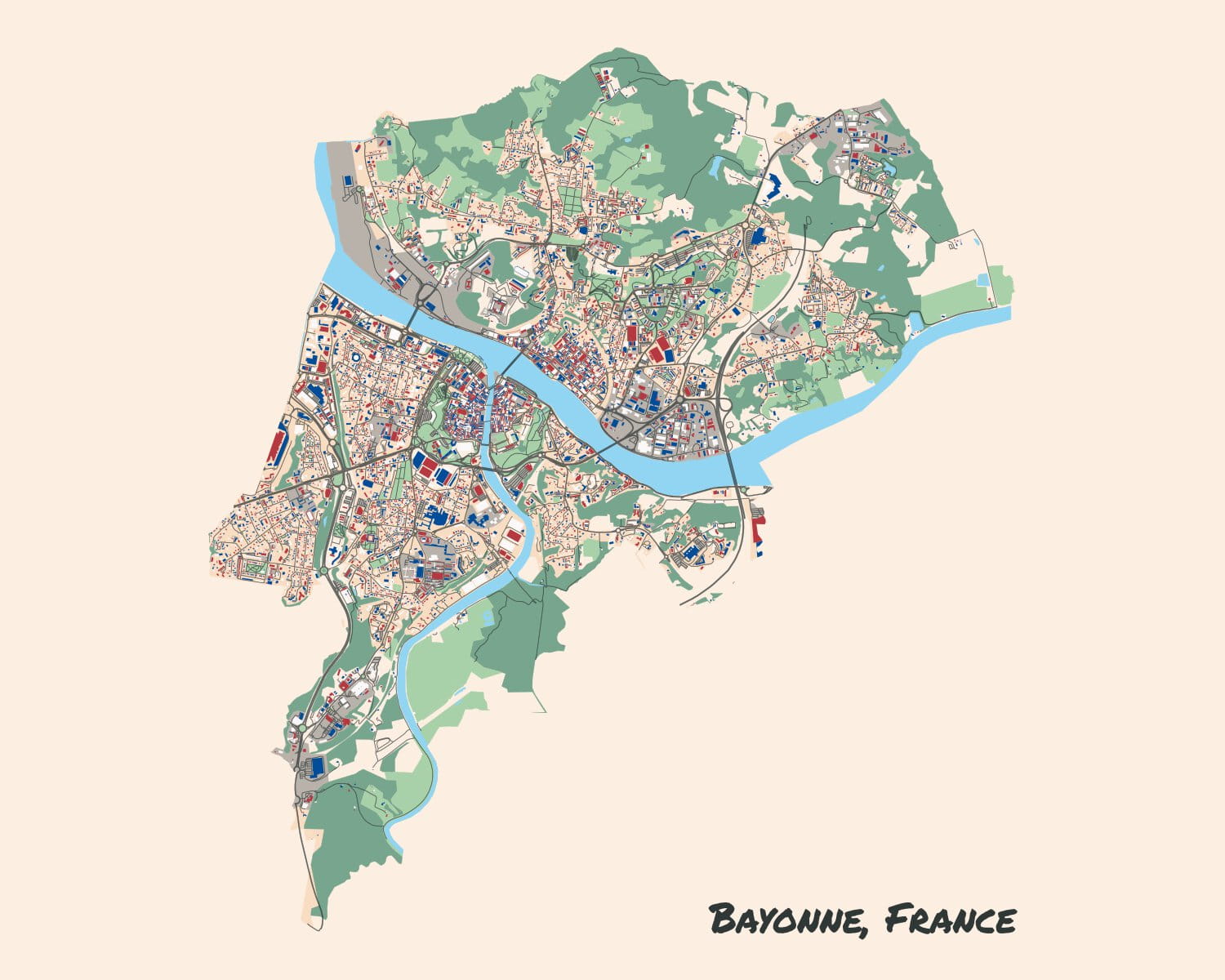 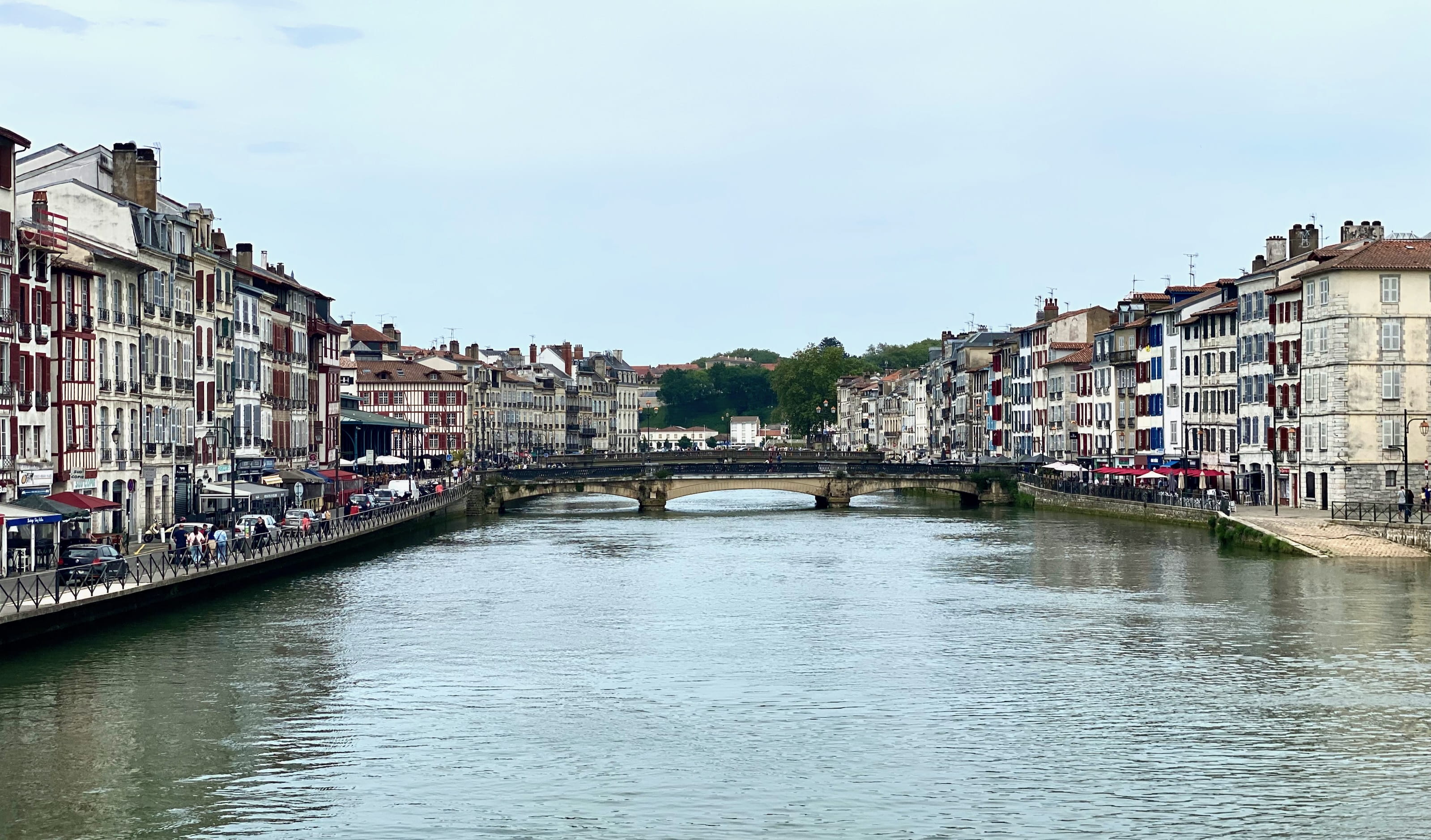 I’ve always heard people tell stories about the French being unwilling to speak to you in English, even if their English is far, far better than your French.

I’d been spoiled, perhaps, only visiting Paris. But I can now confirm this is true.

To be clear, no hard feelings at all—hey, I’m coming to your country, it’s my own fault for not speaking your language. Boy it is tough though. 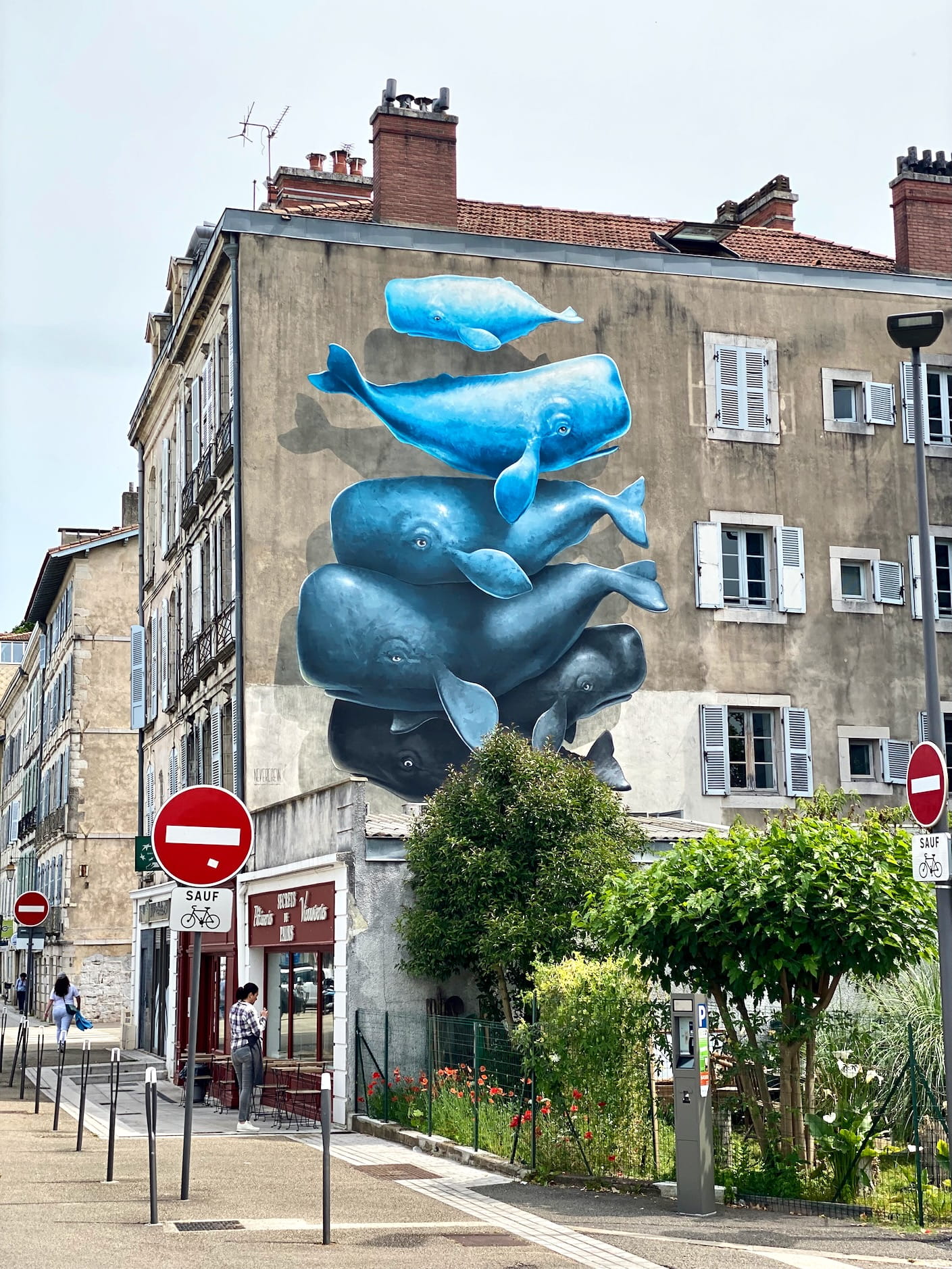 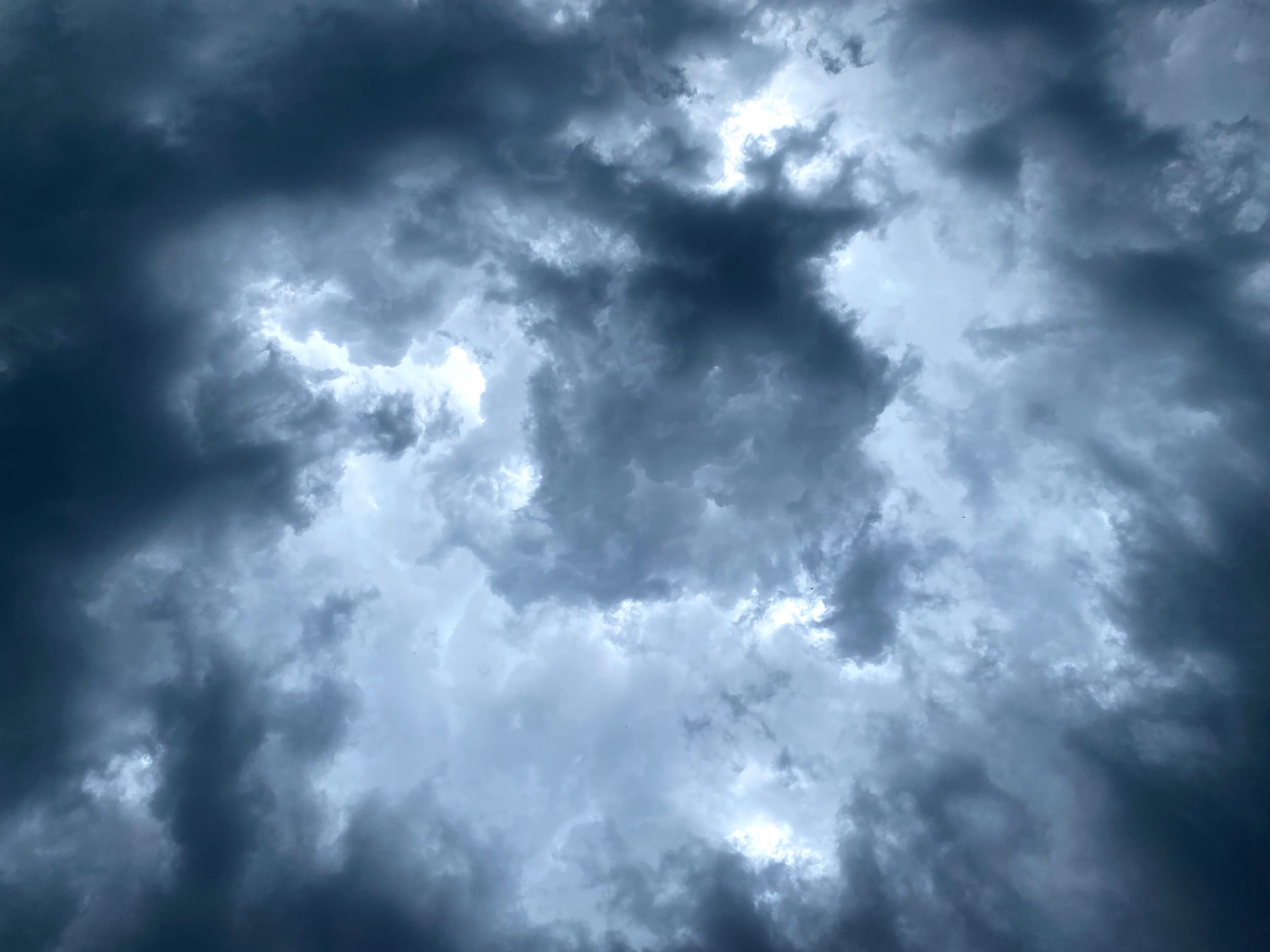 Speaking of languages, I’m hoping to ramp up the language learning again for future destinations.

Attempting to use my Spanish for the last several weeks has made me realize how silly is a lot of language curriculum I’ve seen. They seem obsessed with sentences like “the boy has an apple” and “the man runs.” (Looking at you, Duolingo, Rosetta Stone, etc.) Even “travel-oriented” curriculum might focus on stuff like naming fruits or asking prices, neither of which are remotely necessary as long as you can point and aren’t haggling.

Instead, if you’re going to actually be somewhere, I think you’d ideally want to start with “useful” language, and grow from there. There’s an argument to be made for grammar and fundamentals, I know. And hey, I am a language nerd, I love grammar! But when push comes to shove, I can tell you that after literally years spent learning to conjugate verbs in Spanish class, I haven’t conjugated a single verb in several weeks of flurried local communication.

Useful language reminds me of a concept in artificial intelligence called “script learning,”[1] which describes common sequences of events we learn, e.g., going to a restaurant (sit down, order, eat, pay).

Script learning is helpful to describe why travel can be disorienting. In Spain, every restaurant we’ve visited has been devoid of the concept of a “host(ess),” a role so ubiquitous in U.S. restaurants you’d be hard pressed not to find one even 2am at a Denny’s. In Spain, us silly Americans are now off-script, so to speak, and we wander around and stand in inconvenient places, blocking busboys and hoping for someone to please tell us yes, indeed, you can go sit at that completely open table.

I think my ideal starter language curriculum would be realistic scripts for everyday situations. At each point in a script, there are branches: multiple directions the script might go. You can’t cover everything, but it doesn’t seem hard to get ~95% of the way there.