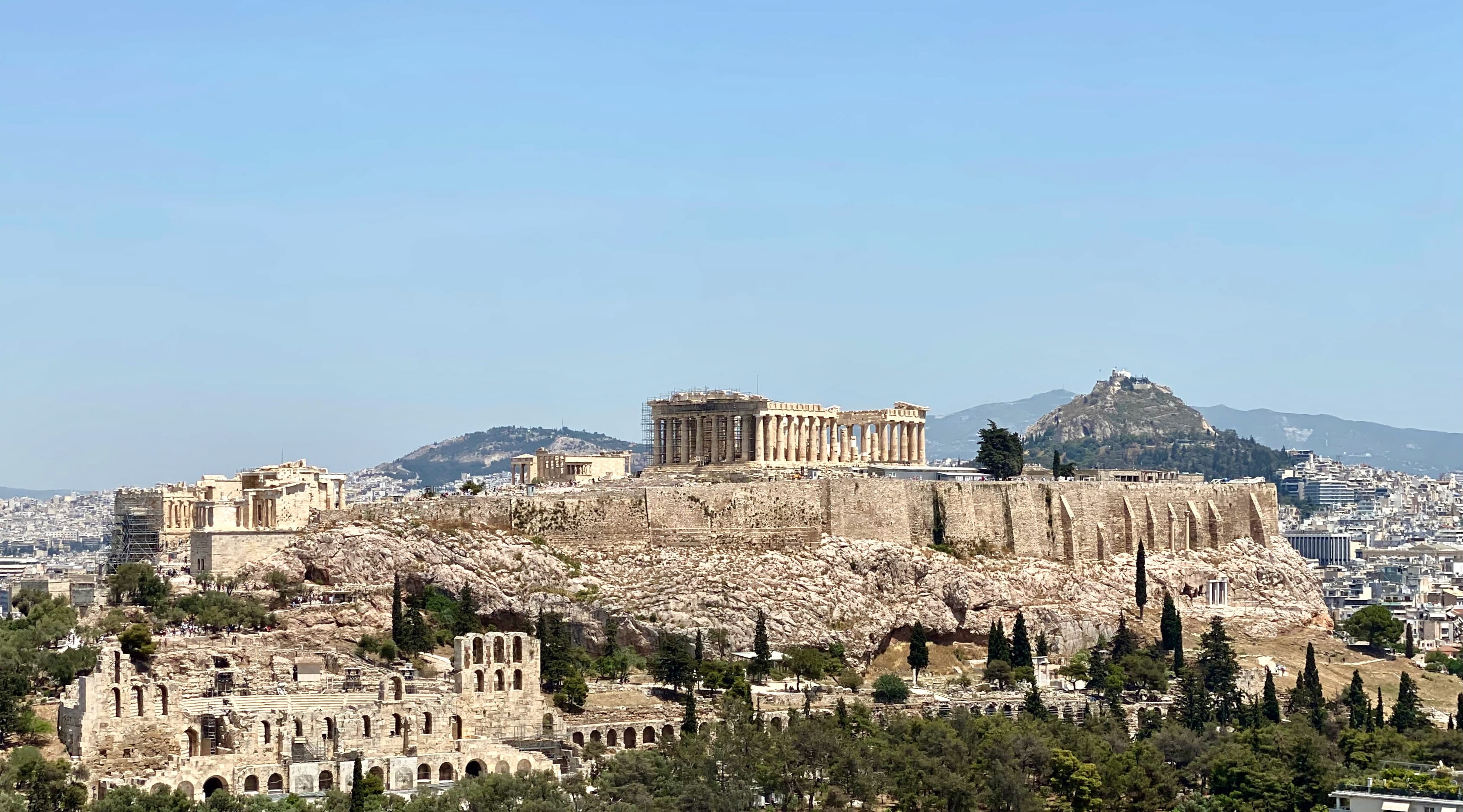 One of those funny things where once you notice it you can't stop seeing it: when the real thing (e.g., the Parthenon) has fakes on it (e.g., reconstructed facades), and the actual things (e.g., original facades) are in a museum for safekeeping. Or you can even get into the business of a museum also having a fake and referencing the real one in another museum. "I'm sorry Mario, the princess is in another castle."

They (the cool youth) are now into really old traditional Greek music.

The scale of sprawl is hard to capture because it’s a bazillion six-ish story buildings in all directions. 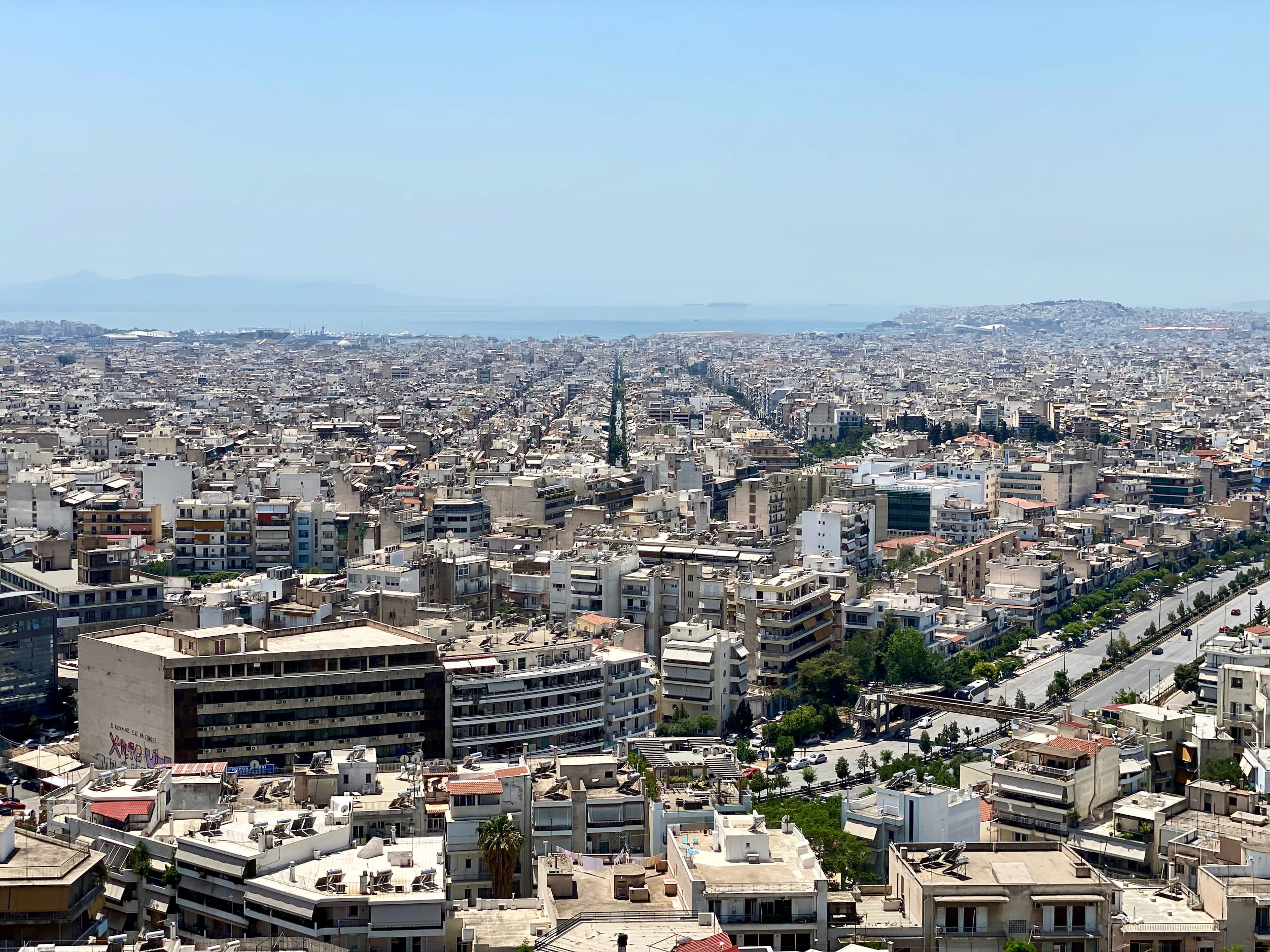 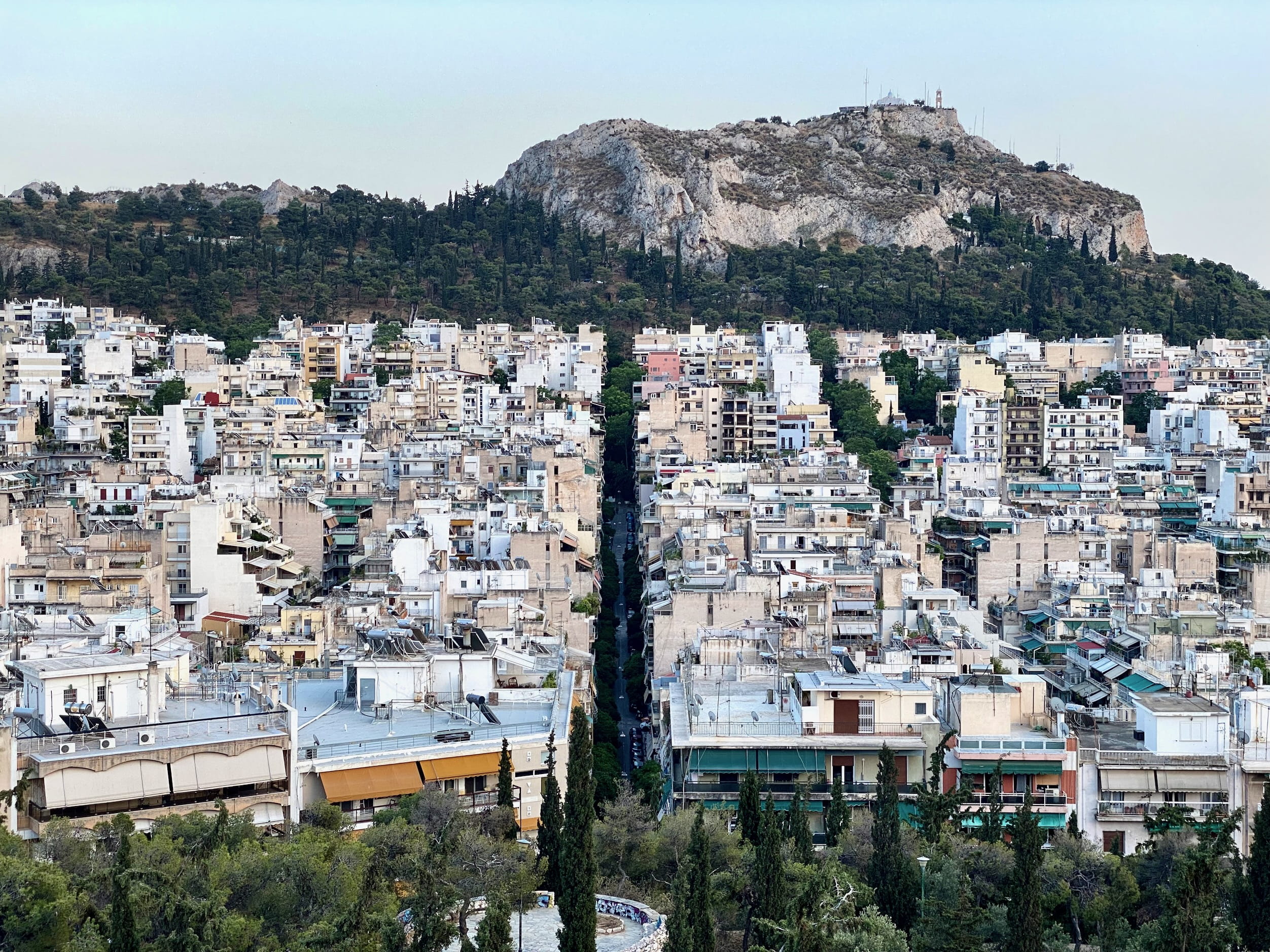 Marcus (pictured below) started the humbling trend of how generous friends can be when they haven’t seen you in ten years. I’ve been so grateful for it. 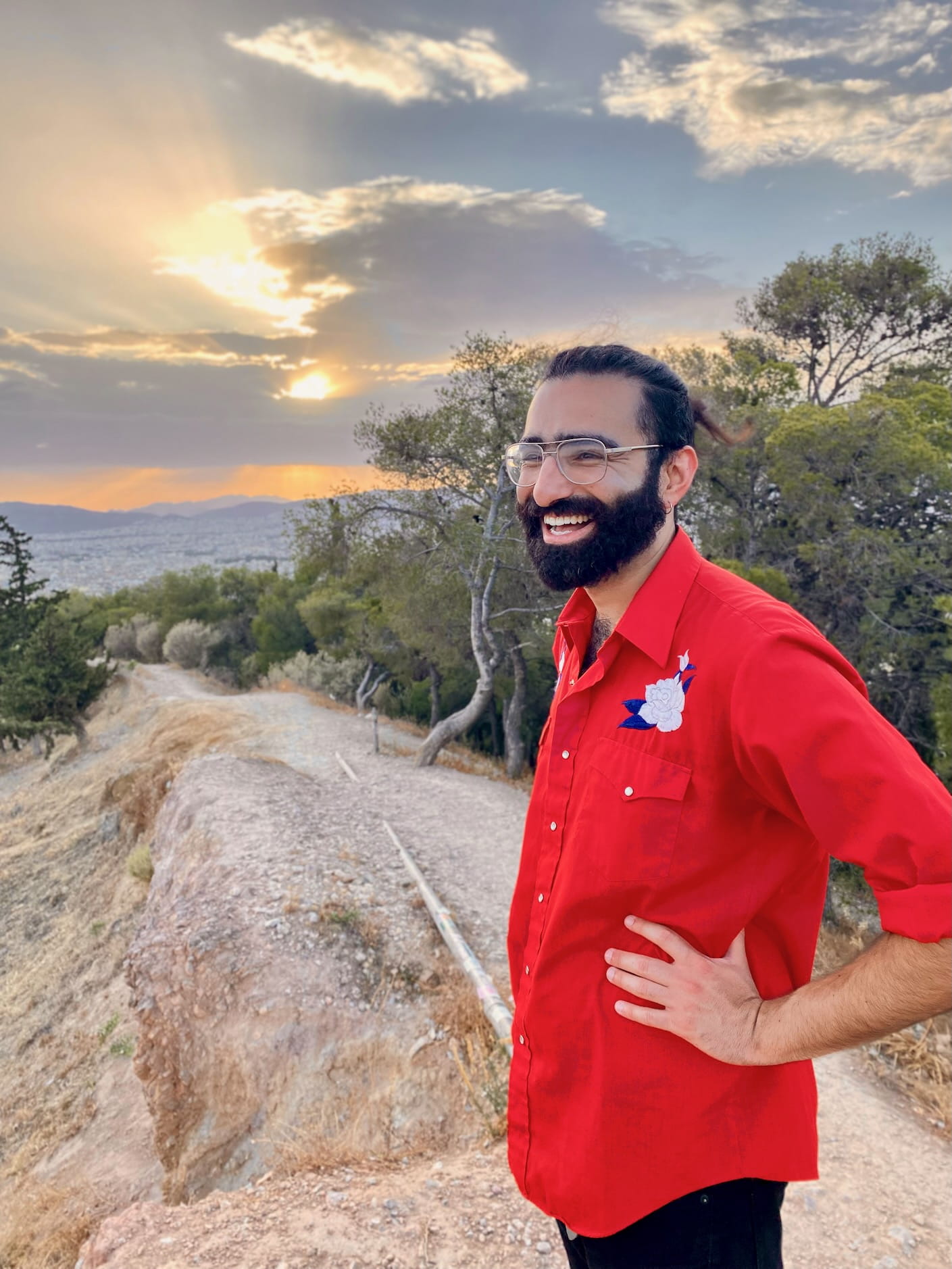 And, every stranger we talked to was kind and helpful. (Everyone we told this to was a bit surprised.) 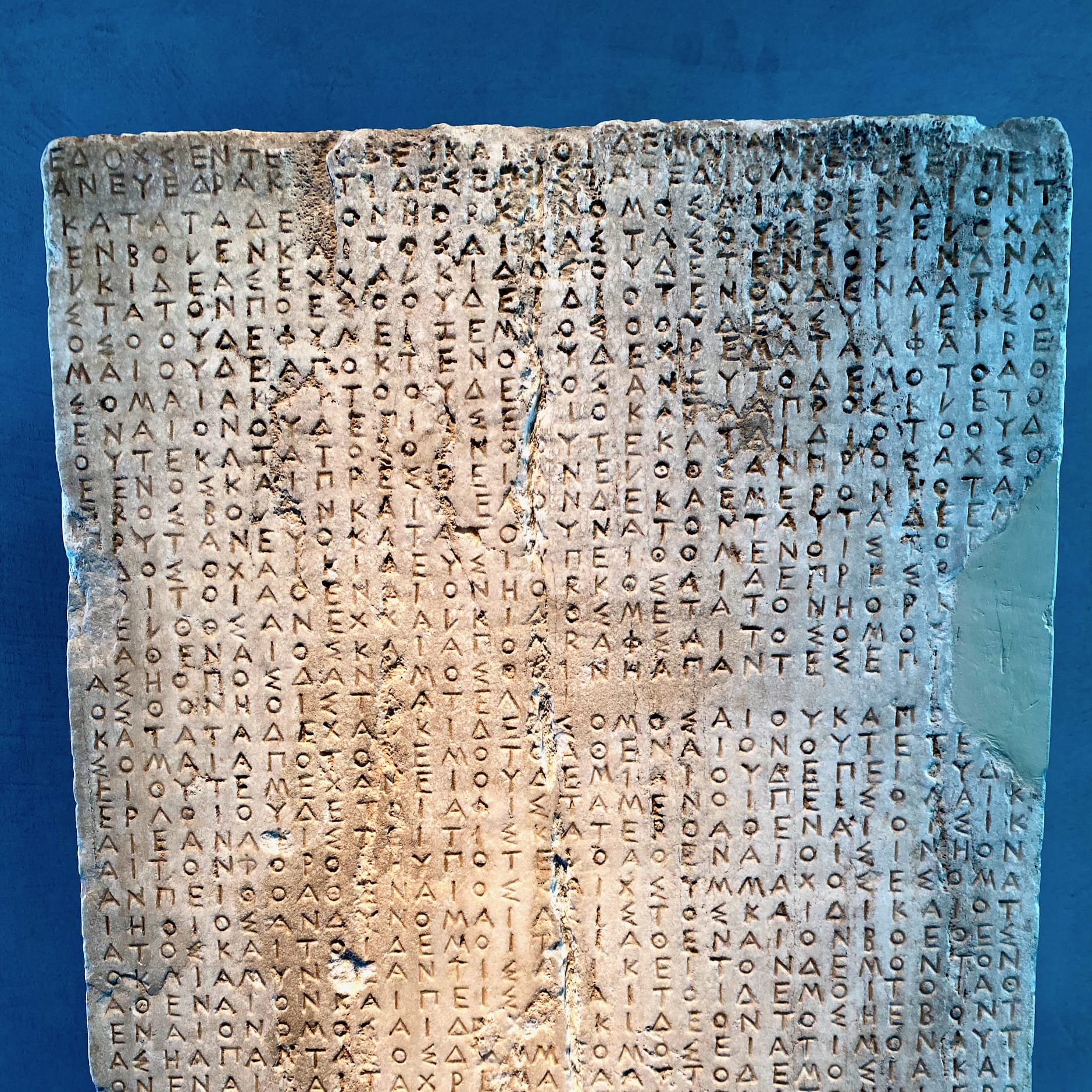 Friendly reminder people had to invent writing spaces between words. (And some languages still don't do this.) I asked Marcus about reading Ancient Greek, and he said they learn it for years in school. There are some similarities with modern Greek, but it's also quite different. In hindsight, this makes complete sense; I thought of trying to read Old English (though no idea how close the comparison is). 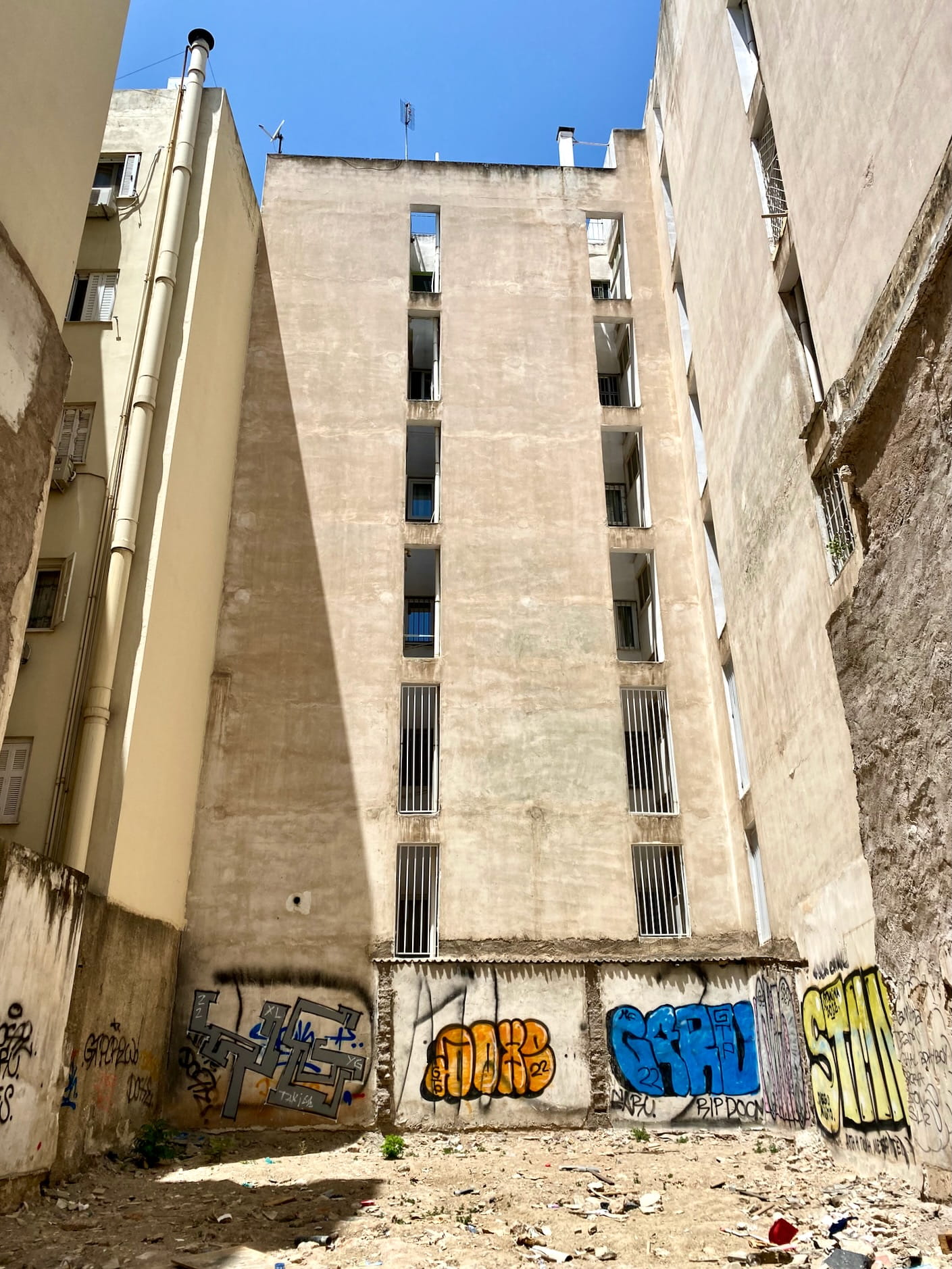 Many gems we would have missed without a local, like this food fair with craft beer and great vegan food. 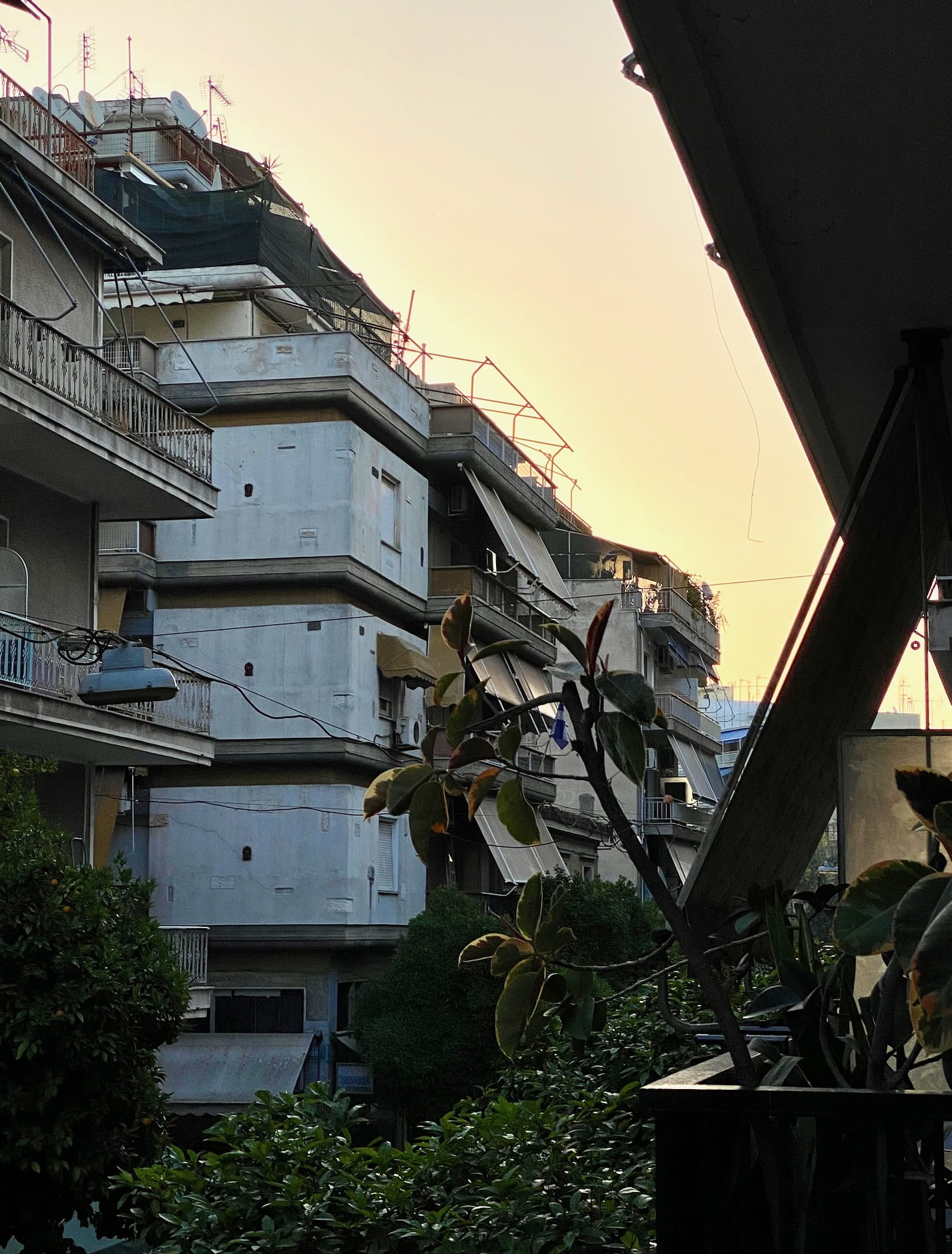 Jet lag was actually awesome this time. Wish I could have sustained sunrise wakeups. A hot tropical morning with delivery mopeds occasionally buzzing around evokes for me strong SE Asia vibes.

Our optimistic plans of cooking local food are nearly always dashed by spartan AirBnb kitchens equipped basically only for pasta making. We made do by throwing in a bunch of olives. 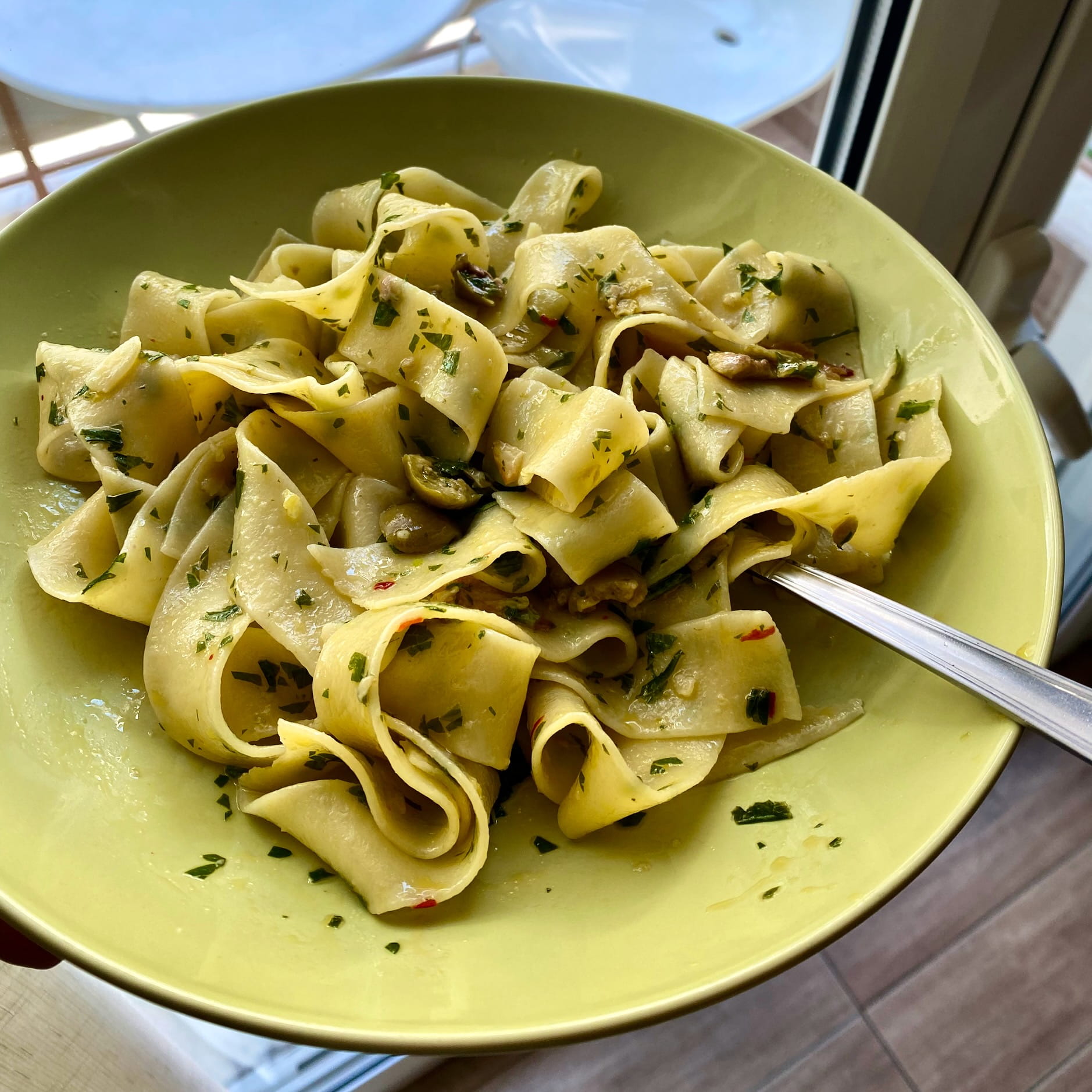 Riff on this recipe from BA. 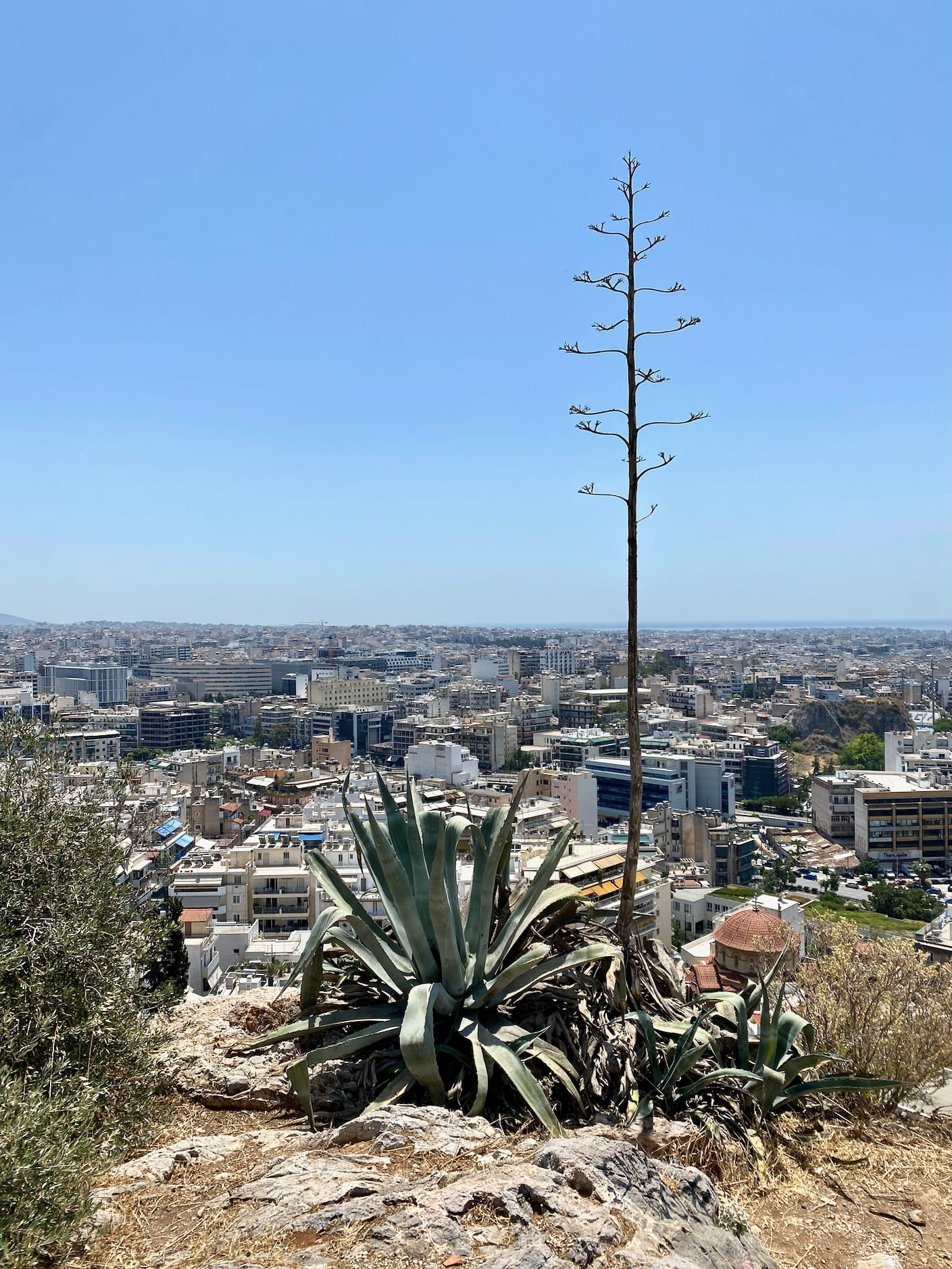 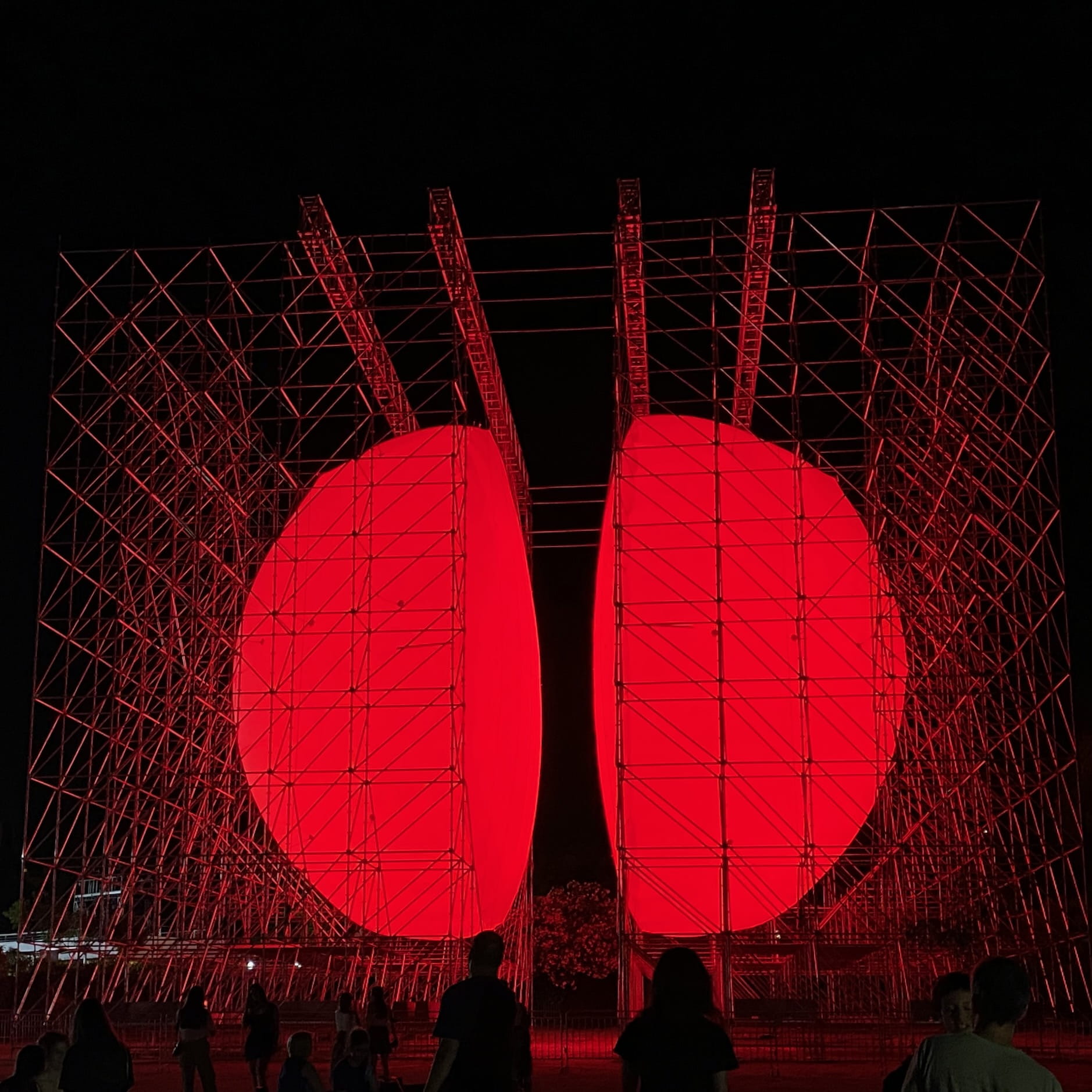 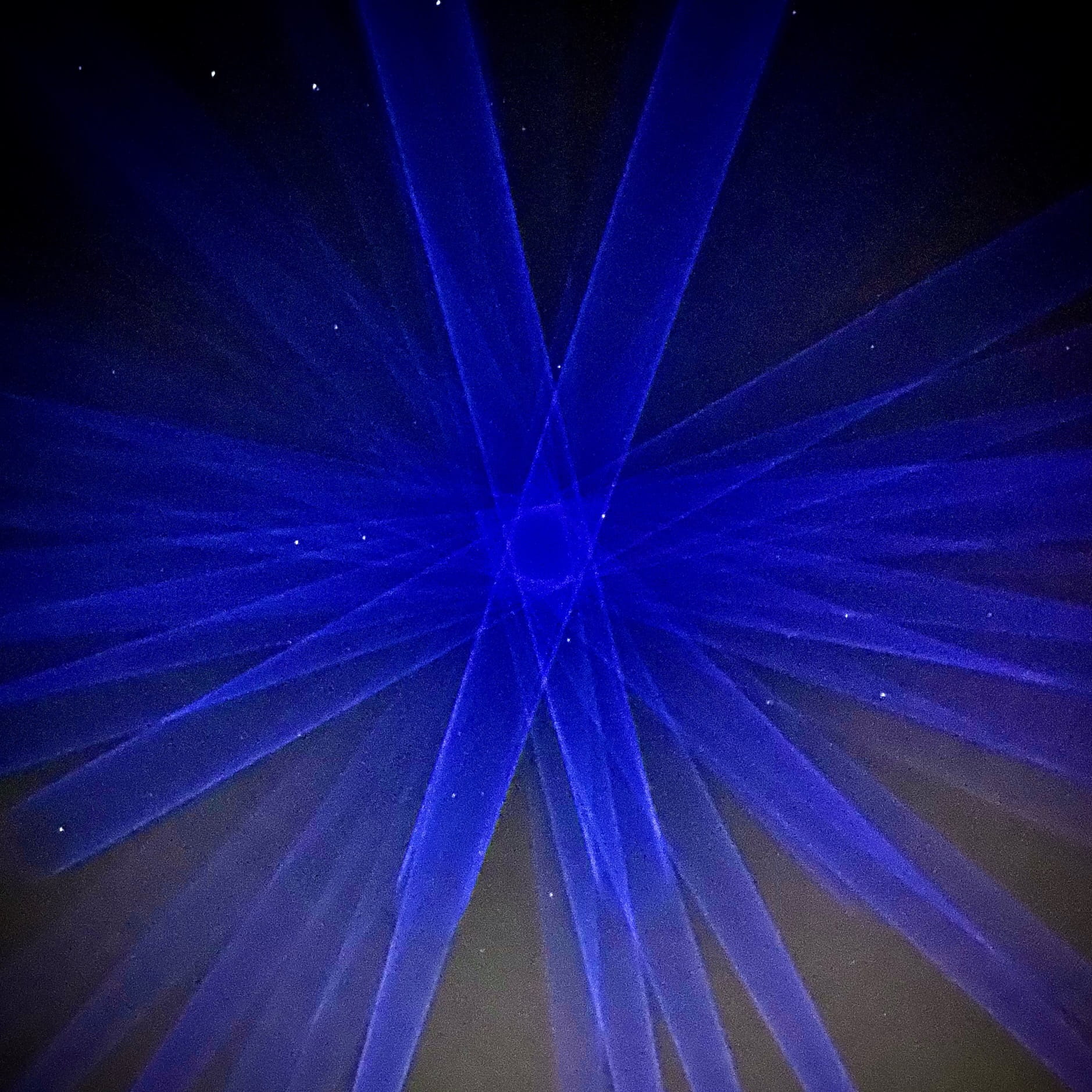 Night park art. Not just for one night, but for months. Great. Need more of this.